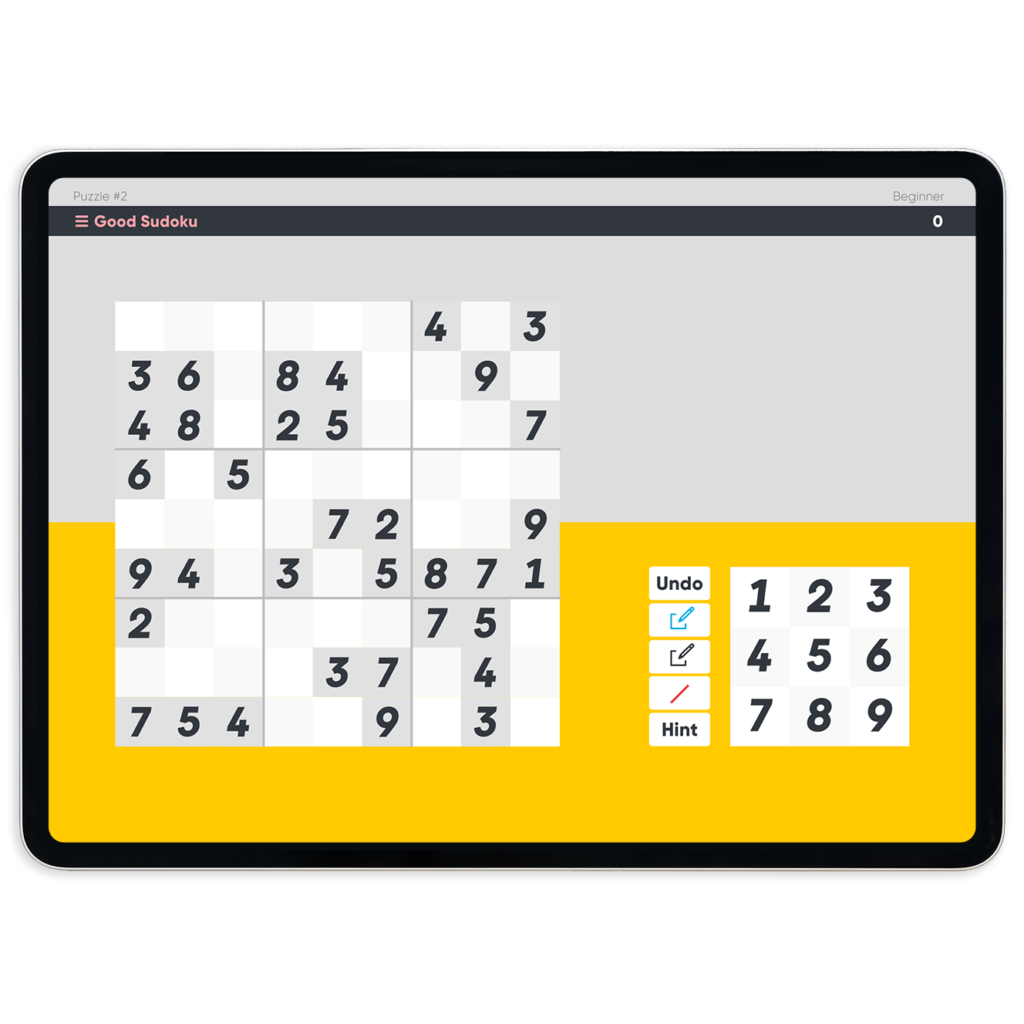 There’s every chance that it will come to Android, too. Responding to a question on the subject on Twitter yesterday, Gage said, “nope, haven’t abandoned android, but still just going through @NoodlecakeGames”.

That means the Android fate of Good Sudoku probably depends on how well it does on iOS.

Here’s what we’ve got to look forward to on the off chance that the game arrives one day on the Google Play Store.

Good Sudoku is essentially a sudoku puzzle-solving companion that uses clever AI to identify the strategy you’ll need to get yourself out of a given numerical conundrum and gently guides you to the solution.

Its developers describe it as “a sudoku that loves you”.

We’re interested to see how it works in practice, but it’s likely to be a while before Android gamers get to try it out, if they ever do.