Conquer the World of Athenion: Tactical CCG by Making the Most out of its Intriguing Factions Feature 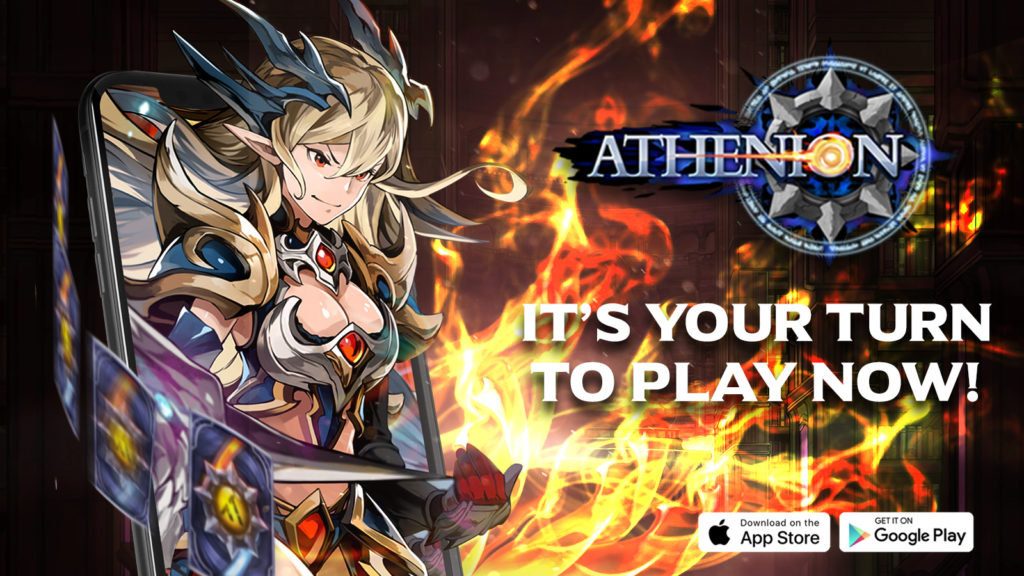 Athenion: Tactical CCG has loads of layers to it. Whether it’s about using the 4×4 grid to position your cards just right, or learning the different strategies that each of the game’s six factions has to offer.

Take the Shadow Realm faction, for example. These gloomy fighters are all about utilising the Dark Power. To do that you’ll need to use units that can place Dark Matter on the board. Oh, and you can also use cards the spawn new versions of themselves when they die to flood the board.

Or how about the Cyclone Fury faction? They’re all about moving around the board multiple times, and feature cards with the Backstab ability. This lets you deal massive damage when you’re in the right position. They also have the Chain ability that triggers after you’ve played a certain number of cards.

Then there’s the mighty Flame Legion. Their key skill is called Berserk. It triggers when some of their cards take damage and lets you whomp your foes even harder. You can even infuriate your own cards if you use the right combo of units.

Maybe you’re more about buffing and healing? Then you should definitely check out the Divine Grace faction’s Aura power. This lets you protect and toughen up your units, turning them into powerful tanks that are hard to get rid of.

Using the Planet Guardians effectively involves mastering the Lock skill. This places turn-limited blocks on the grid, narrowing the positional choices your opponent has. They can’t be destroyed by the other side, but certain Planet Guardian cards can smash them to gain extra power.

And that’s not forgetting the Tidal Nether faction. These fishy friends can use the Link skill to join together and become even more powerful. Some of them have the Freeze skill too, which places opposing cards in blocks of ice.

It doesn’t matter which of the six you choose, you’re going to have to learn all about them if you want to win. You can try it out right now by downloading Athenion: Tactical CCG from the App Store and Google Play Store.