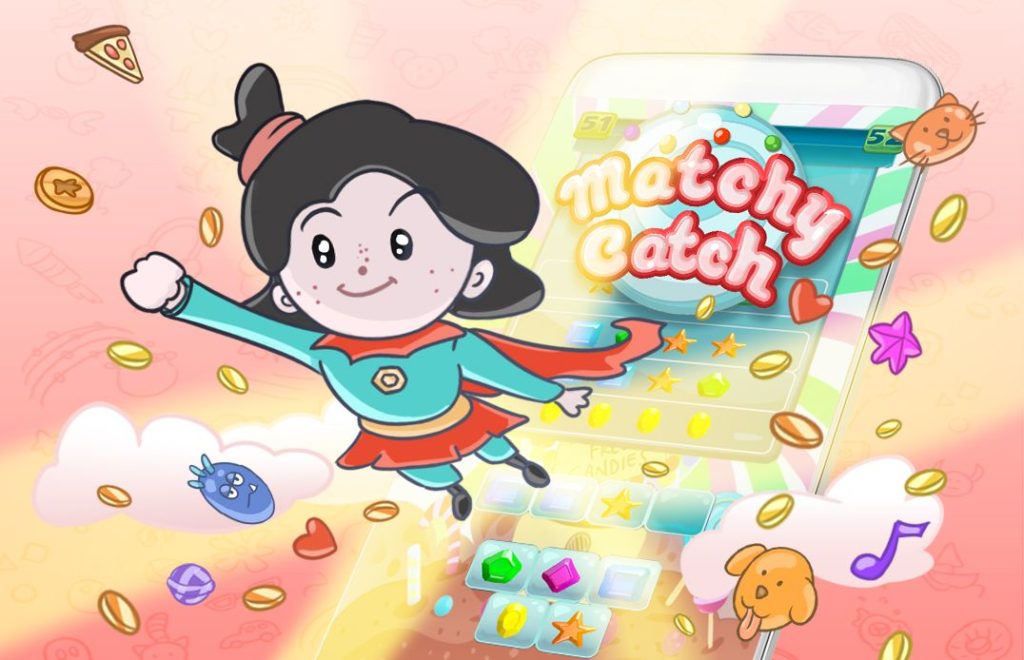 These are stressful times, so the last thing we need are stressful games. Matchy Catch is just the tonic – a hyper-casual matching puzzler that’s sure to keep you glued to your smartphone in a blissed out trance.

It’s quietly innovative, too. You might have assumed from the screenshots that Matchy Catch is a conventional match-three puzzler along the lines to Toon Blast, Bejeweled Blitz, or Candy Crush Saga.

But it takes a whole new approach to the matching genre, and one that’s even easier to get to grips with. You don’t need to swap tiles around or find hidden combos on the screen – just tap on matching symbols to make them disappear.

Here’s how it works. You start with a familiar grid of symbols that fills from the bottom. Under that, you’ve got another little grid in which all of the symbols that might appear in the top grid are randomly arranged.

All you need to do is tap the symbols in the bottom in the order that they appear in a given line in the top grid.

For instance, if a row in the top contains, from left to right, a burger, a slice of pizza, a jar of jelly, and a carrot, then you need to tap on burger, pizza, jelly, carrot to create a matching row. It literally couldn’t be simpler.

Naturally, there’s more to it than that. Certain rows give you combos, and there are bonus powers too. These include Rainbow Hammer and Lightning, which simplify the patterns of symbols, and Spawn Freeze, which gives you a bit more time to react. By hitting combos and using bonus powers, you can move from level to level.

Matchy Catch is completely customizable, too, with a huge range of different tilesets and backgrounds to use depending on your mood and the season, with Halloween and Christmas skins also available.

Developer Jyamma Games has already found success with Hi-Ball Rush, and it contributed to this year’s #PlayApartTogether initiative. Matchy Catch looks like its latest attempt to make the world a better place through fun, cheerful, casual gaming goodness.