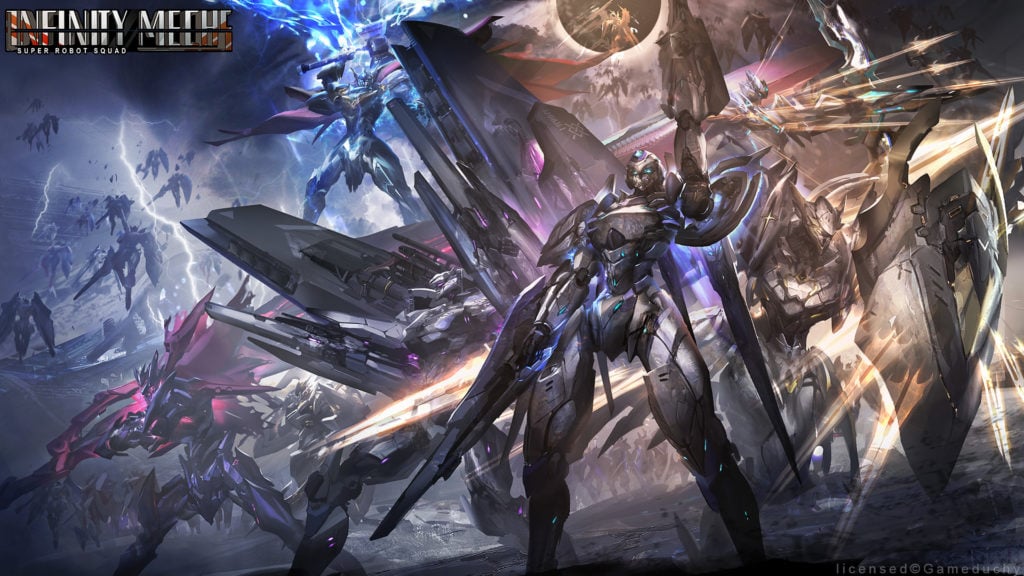 Developer SkullStar – a new studio made up of experienced industry professionals with a shared love of all things mecha – has just announced Infinity Mechs, an idle mecha adventure based on the popular Iron Saga franchise. And you can pre-register for it right now – and we recommend you do so.

Officially licensed by Game Duchy, Infinity Mechs is set in a world that’s come under attack from countless mobile robots, threatening to bring an advanced civilization to a sudden and violent end.

Fortunately, you’ve got mechs on your side. These mobile, deadly, and unbelievably cool walking tanks are your last line of defence against the robot invaders, so you’d better strap in and start shooting.

That’s the basic setting for Infinity Mechs, though it’s far more than a simple action game. Instead, it sees you collecting mechs via a gacha system, engaging in PvE and PvP battles, managing resources, and much more.

There’s an advanced matchmaking system governing the PvP system, too, so you can be sure of a comfortable ride as you ascend the leaderboards, all the while gathering special PvP materials and mechs.

Plus, you can combine the mechs you collect in practically limitless ways, while disassembling the low-star mechs you acquire through gacha summoning to fortify your front line.

Being an idle game, Infinity Mechs also lets you make progress offline by sending your forces off on quests and dungeon expeditions, gathering XP and resources to spend on making your army even more unstoppable.

But it’s in the design department that Infinity Mechs has us really excited. SkullStar could easily have come up with its own mech designs – after all, there’s no copyright on the concept of walking tanks – but it’s taken the classy route by using a rich and well-established aesthetic, and it boasts some of the most rad-looking mech designs on mobile.

We can’t wait to see the game in action. For more information, check out the official Infinity Mechs website, and pre-register for the game on Google Play or the App Store right now.