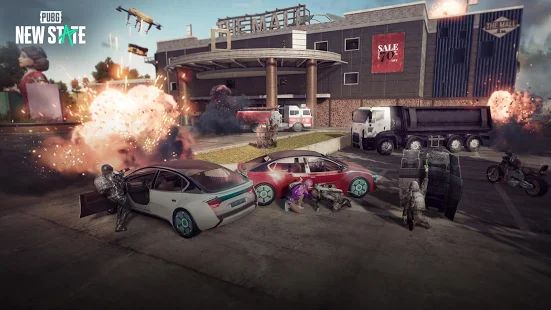 Set in 2051, when we can all agree the world will be much more warlike, the game sees you battling with 99 other players in a shrinking blue zone to be the “lone survivor”.

That’s the familiar stuff. What’s new are the amped-up graphics, the realistic post-apocalyptic setting, and the technologically advanced weaponry you’ll have at your disposal.

There are drones, combat rolls, and more to master, and a huge 8×8 map on which to ply your grisly trade.

It looks pretty slick, and a tonal shift from the existing PUBG Mobile. We’re not sure when it’s coming out, but you can pre-register for PUBG: New State right now on the Google Play Store.