Magic: The Gathering Arena, Wizards of the Coast’s Classic Card-Battler, Is Out Now on Android

Magic: The Gathering Arena, the highly acclaimed and universally beloved card-battler from Wizards of the Coast, is out now on the Google Play Store.

The game, which has been out since 2018 on PC, is the most authentic digital take on the physical card game. It comes with 15 different decks and daily rewards to help you build up you card collection. The recently released Kaldheim card set is included, too.

While there’s PvP, including cross-platform gameplay with PC players, you can avoid the inevitable drubbing you’ll receive at the hands of better human beings than you by completing the tutorial and playing against the AI.

There are multiple game modes, including Draft and Brawl, and in-game events with “exciting” prizes. All in all, a solid prospect for fans of mobile card games and the card-curious.

You can download Magic: The Gathering Arena for free right now on the Google Play Store. 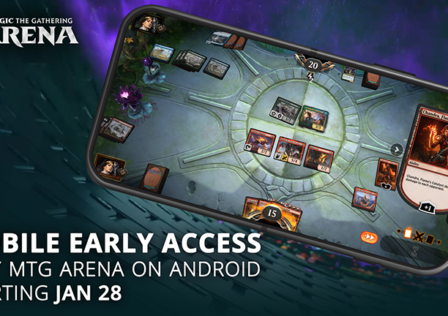