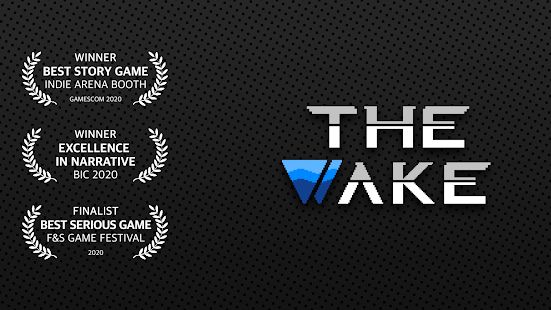 The last few weeks of Android game releases have been very productive. We’ve had Crash Bandicoot, Final Fantasy VIII, Dungeon of the Endless: Apogee, Doctor Who: The Lonely Assassins, and several other fantastic games, some of which we’ve been waiting a long time for.

Bear that in mind when you sift through this week’s roster of notable new releases. We’re not slamming the games below – they’re all solid games that will give you hours of entertainment.

But we hope things pick up next week.

The Wake is already available on Steam, and it’s an award-winner. This inventive narrative puzzle-adventure is the third in Somi’s “Guilt” trilogy. It exploring “a record of the roots for guilt, and the memories and emotions that chain together three generations of a family”. Where is it set? At a funeral. Gameplay-wise, The Wake sees you solving text-based ciphers.

Like last week’s Pureya, Quick Fire is a mini-game collection. It’s funny how games from the same genre sometimes show up in clusters. Quick Fire contains 50+ mini-games covering everything from driving a car to popping balloons. The twist is that it gets progressively faster as you play, so every attempt is doomed to end in frenetic failure.

When you get right down to it, match-three puzzling is the best smartphone gaming genre. It’s casual, accessible, convenient, and eminently swipey. Duel Summoners is a match-three puzzler with a twist, albeit not a unique one. You’re playing against an opponent, clearing gems to summon heroes, and then clearing their skill blocks to summon their skills.

Sixth Extinction is the second depressing on this list. Described in the trailer as a “dark, atmospheric puzzle game – a story-driven game about revenge, extinction, and violence”, Sixth Extinction is an hour-long narrative puzzler with hand-drawn art and poetic narration. It doesn’t look like a laugh a minute, but it contains “an important revelation about both yourself and the world you live in”. And that spells fun.