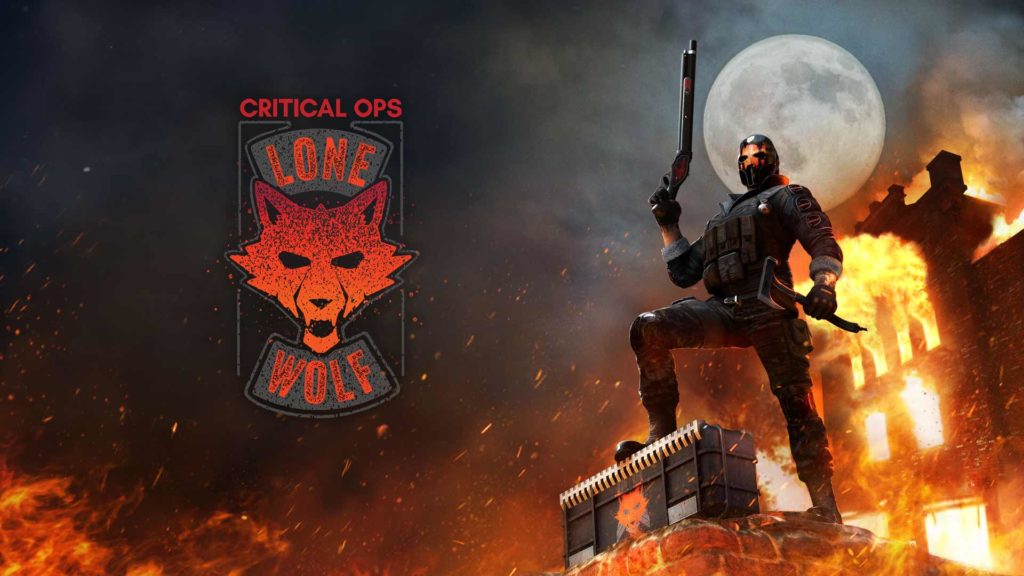 Critical Ops, the free to play team-based FPS has been doing very nicely for itself since it launched. It’s already been downloaded 96 million times across mobile platforms, and it’s making some noise in the eSports arena as well. And now it’s been updated with a story-driven new PvP mode called Lone Wolf.

Unlike the usual defuse-the-bomb gameplay of the other modes, Lone Wolf sees one player being picked every round and tooling up as the titular killer. The rest of the players? They have to try and take the Lone Wolf down.

There’s extra skins and gear to unlock as you play as well, including the Lone Wolf’s snazzy outfit. Do people say snazzy? We do. Here’s a cinematic trailer for the Lone Wolf event.

The Lone Wolf content is time-based, and there are four different chapters that tell the story of the Lone Wolf. They’re going to unlock over the next month or so, letting players discover what’s behind that snazzy mask. Yeah, snazzy.

If you want to give the new content a go, you can grab Critical Ops from the Google Play Store by clicking here. For more information on the new update, click here to visit the official Critical Ops website.