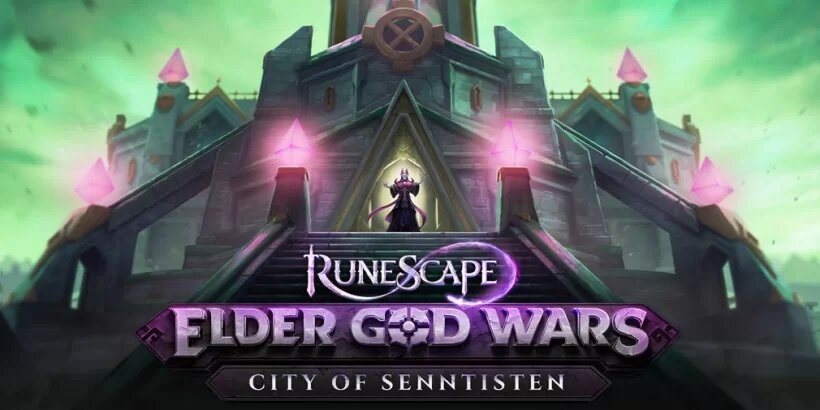 It’s barely a week since Runescape finally came to mobile, but the first major update to the game has already landed. It’s called Elder God Wars: City of Senntisten and it’s the latest chapter in the Elder God Wars narrative that’s been rolling along for about a year.

The content includes a whole new map that’s filled with challenges and rewards for anyone brave enough to venture out into it. The titular city was once thought lost, but, well, someone went and found it. Nothing good ever comes from finding lost cities.

This is set to be the final chapter quest leading up to a war in the land of Gielinor that’s been teased ever since the quest line began. Here’s a trailer full of ominous shadow and gloom.

“The Elder God Wars really is an epic series and we’re proud to bring it to players as RuneScape celebrates its 20th anniversary since launch,” said Ryan Ward, an Executive Producer on Runescape.

“These are fantastic times for the game; we’re proud to see players are playing more than ever before, membership is at its highest level in six years, we’ve brought it to mobile, and welcomed so many new citizens to Gielinor. There really is no better time to play RuneScape.”

You’ll need to have completed the two previous quests in the story – Azzanadra’s Quest and Battle of Monolith – and have your Archaeology skills at 75 and your Slayer skills at 74 to play City of Senntisten, and you’ll need to be a member too.

You can pick Runescape Mobile up from the Google Play Store by clicking here. It’s free to play, but the membership costs $10.99 a month and unlocks a bunch of extra content, including this latest update.