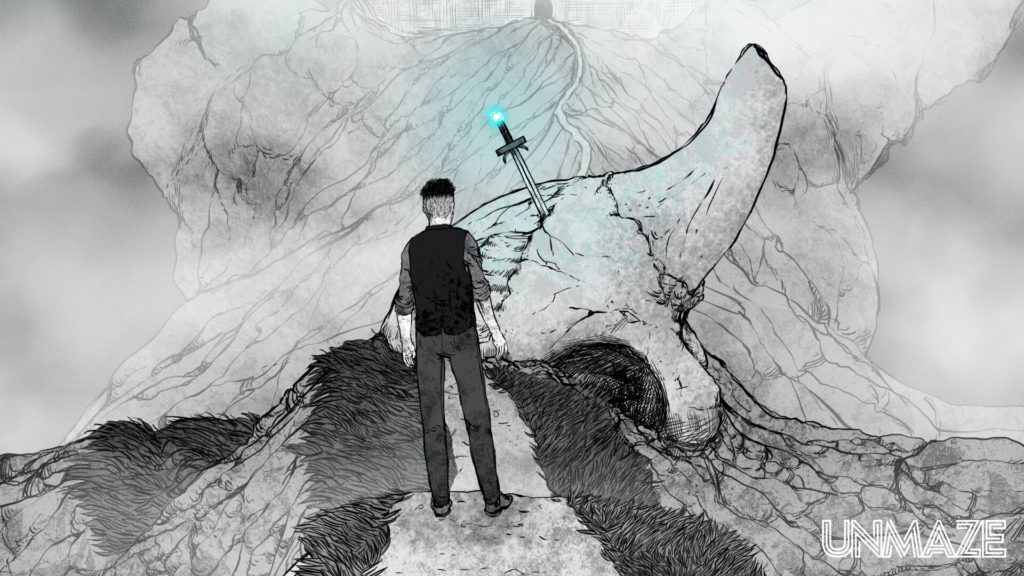 We’re all for innovation here at Droidgamers – any game that makes us go ‘ooooh, that’s interesting’ is getting some coverage. And Unmaze is definitely one of those, because it uses the light sensor on your phone in some incredibly intriguing ways.

The game is a retelling of the Greek myth of Theseus and the Minotaur and sees you guiding two characters through a maze. The twist here is that you can only interact with one of the characters in the light and the other in the shade.

And we mean that literally – the game changes depending on the light that the sensor on your phone is picking up. Talk with one of them too much and you’ll damage your relationship with the other.

The choices you make directly effect the way the game plays, and there are eight different endings depending on the paths you take and the decisions you make.

The first chunk of the game, which is about an hour long, is free. To unlock the rest of it you’ll need to pay $3.99. And you’ll need to have a working light sensor on your phone, otherwise the game won’t run.

You can grab Unmaze from the Google Play Store right now by clicking here. And we reckon it’s worth it just to play something that’s so far out of the ordinary.