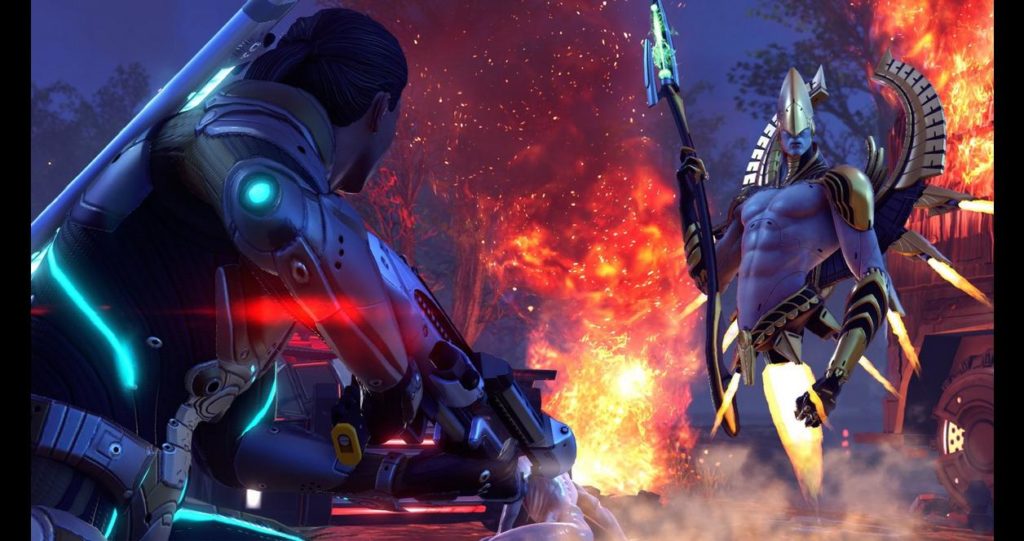 We hope you’ve been saving up your pennies, because there are a couple of massive releases this week that have premium price points. They’re worth chucking some cash at though, especially if you like shooting aliens and traversing 3D remakes of classic SNES JRPGs.

Elsewhere we’ve got a cyberpunk anime ARPG, a puzzle game with some regal connections and a charming maze-’em-up that sees you trying to cheer up the moon. Basically, if you can’t find something worth playing in this week’s list, we’re going to have to wonder if you ever will.

As usual you can click on the name’s of the games to be whisked away to the Google Play Store where you can download them. If you’ve got your own suggestions for games that should have been included, feel free to shout about them in the comments. So let’s get on with it – here are the best new Android games that came out this week.

A super plushed-up remake of a SNES classic from the 90s, Trials of Mana is a massive adventure with hours and hours of gameplay to sink your teeth into. If you’re a fan of JRPGs, this is definitely worth your while. It’ll set you back more than $20, but you’re getting a game that came out on consoles a years ago and it’ll fit in your pocket. Neat.

Have you noticed how in the future, humanity is always on the brink of extinction? Punishing: Grey Raven follows the same theme, building a gorgeous ARPG out of some gloomy sci-fi building blocks. There’s loads going on, shades of Genshin Impact, and lots of evil robots to smash. The game is free, and features IAP.

It’s the future, and humanity is on the brink of extinction. Again. This is the complete Xcom 2 experience – the base game and all of its DLC – in one pocket-sized package. That is, quite frankly, ridiculous. This is your chance to own a classic turn-based strategy game that you can play in the bathroom. It’s a one-off, premium purchase that’ll set you back $24.99.

The sequel to topsy-turvy fairytale Roterra. This time you’re playing as the king, trying to escape from all the dodgy stuff you did in the first game. You’ll be rearranging the world to try and make a path through it, and there’s a pretty spiky difficulty level to ensure you’re on your toes. You’ll get the first three levels for free, then have to buy an IAP to unlock the rest.

This one sees you navigating a series of mazes to pick up stars and put a smile back on the moon’s face. It starts off pretty simply, but things get darn tough once the game gets going. There are spikes, there are cannons, and you’re going to enjoy getting past all of them. Enjoy in a hair-pulling-out sort of a way. Rabisco is a premium game and it’ll set you back $2.99.