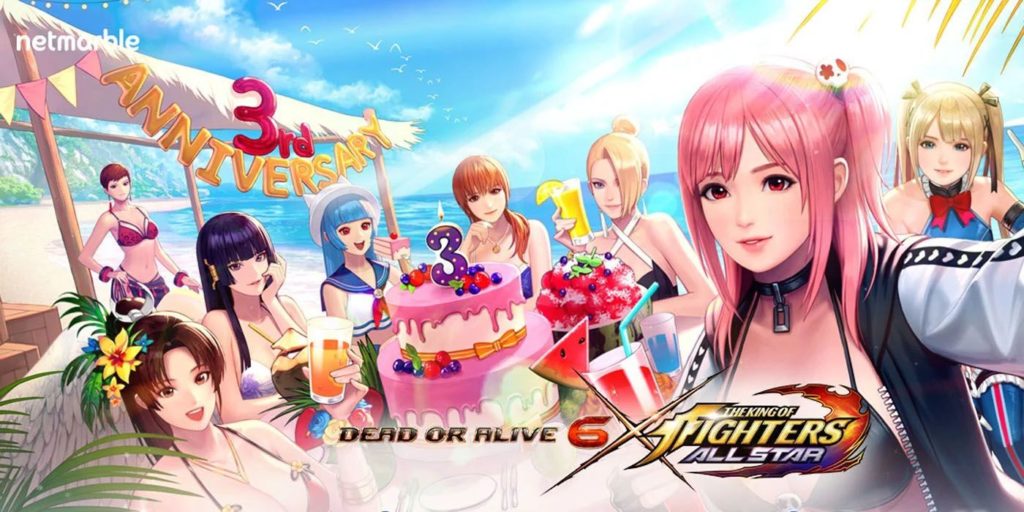 To celebrate the game’s third anniversary, Netmarble has announced that its character-collecting ARPG The King of Fighters Allstar is crossing over with Dead or Alive 6.

The event, which is set to kick off on July 29th, adds a bunch of Dead or Alive’s classic brawlers to the KoF Allstar roster. Which ones? Why these ones, of course – Honoka, Kasumi, Marie Rose and Nyotengu.

You’ll be able to grab Honoka and Marie Rose for free by completing missions in the game, and there are inevitable swimsuit versions of the characters to find as well. Because of course there are.

Alongside the new characters there’s going to be a new Dead or Alive themed story, as well as a special dungeon. Which sounds sort of sinister now we think about it.

You can find out more about the Dead or Alive 6 collaboration by clicking here to visit the official King of Fighters Allstar website. While you’re there you can pre-register for the event and snaffle yourself 3000 rubies as well. Not real rubies, in-game rubies.

If you haven’t given The King of Fighters Allstar a go yet, you can click here to download the game from the Play Store. And, as we said before, the Dead or Alive 6 collab kicks off later this month on July 29th.