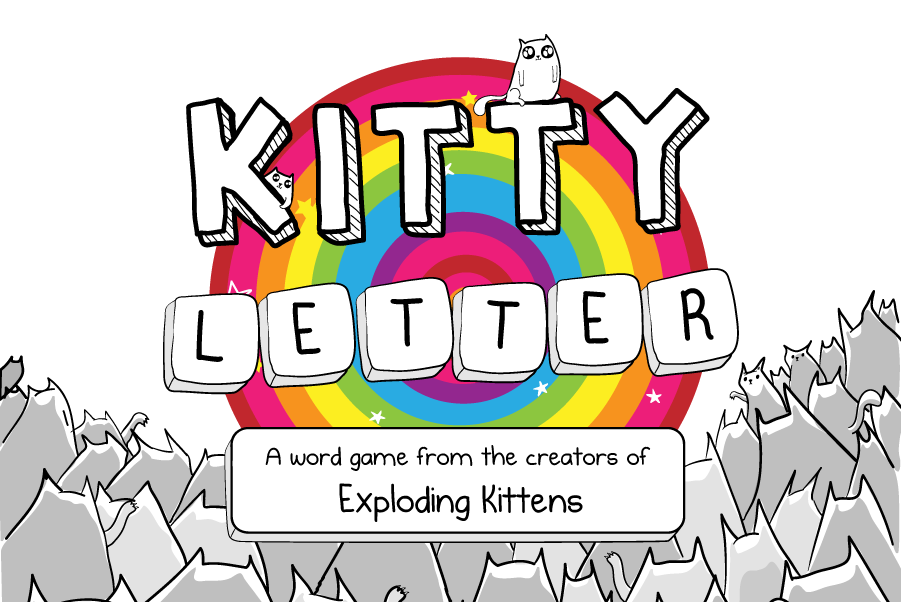 We love word games. Not only do they come in all different shapes, sizes, and levels of complexity, but they make you feel clever when you play them. Even Boggle.

When the first lockdown began in 2020, it was to word games like Scrabble GO and Boggle With Friends that we turned to keep our minds active and our fingers busy. But, as this list demonstrates, the genre takes the basic anagram concept in some ingenious and surprising directions.

This one’s all about chaining words together by changing a letter. And also protecting yourself from zombies. It’s a neat twist and it manages to keep things pretty darn interesting.

This time, words are your only defense against waves of exploding cats. Because why not? You’re making words from a collection of letters, and you need to use specific ones to attack different lanes. It’s fun, and it’s also laugh out loud funny.

A simple and addictive mix of a wordsearch and a crossword, with a bit of boggle sprinkled on for good measure. It might not be the most original game on the list, but it’s great to jump into for a quick verbal puzzle every now and then.

Have you ever noticed that some letters look like other letters when they’re upside down? Developer Christopher Cinq-Mars Jarvis sure has, and he’s built an entire game around the phenomenon. Anagraphs is an ingenious and unique word game that sees you flipping letters to increase the number of words you can make.

Bart Bonte is a puzzle game-designing savant who has earned legions of fans thanks to his innovative – and free – color series, including black, green, blue, red, pink, and yellow. Words for a bird is a departure, theme-wise, but this clever word game is just as creative, elegant, and original as his other titles.

Developed by Noodlecake, the studio that brought us the excellent SpellTower (not available on Android, alas), Typeshift is another simple word game with a killer core concept. Typeshift is an anagram puzzler, which means it challenges you to find words in a scramble of letters, but in this case the letters are arranged in neat rows. By sliding these letters up or down you can make a specific selection of words. Easy as that.

Nobody likes a pedant. Having high standards is all very well, but when you whip out your red pen in public you’re liable to end up with a bloody nose. That’s why you need Typochondria, an innovative game that casts you as a book editor combing through paragraphs of text for spelling mistakes. To some of you, that probably sounds like a chore, but for pedants it’s the ideal scratching post.

Sticky Terms arguably falls outside the definition of a word game. Each stage presents you with a jumble of shapes and tasks you with assembling them into words. It’s a shape-matching game, aimed at exercising your visuospatial reasoning, but we love it anyway because the words it gets you to make are all untranslatables – i.e., terms that only exist in one language, and have no direct translation in others.

Alphabear: Words Across Time is the adorable sequel to the equally adorable – and award-winning – Alphabear. Developed by the studio behind Triple Town and Bushido Bear, this story-driven word-puzzler sees you collecting bears by finding words on a grid of letters. These bears increase the number of points you earn, and they also appear in cute like inter-stage animations.

Bonza Word Puzzle is much cleverer than it sounds. This is a simple, elegant word game in which all you have to do is arrange the chunks of text on the screen to make words. It’s harder than it sounds, since there are countless different configurations to eliminate. To make things easier, there’s a theme in each stage. Weird name. Great game.

Spellspire gets off to a good start as a word game by including a double-meaning in its title. Spell as in spelling, and spell as is magic spell. This charming casual take on games like You Must Build A Boat sees you playing as a wizard who must ascend a spire by spelling words to blast the enemies who stand in his way. It’s a clever concept, winningly presented, and it’s free to boot.

Like Spellspire, Letter Quest: Grimm’s Journey artfully combines word game and action-RPG. On the bottom of the screen is a selection of letters out of which you need to make words. The bigger the word, the more damage you do to the hapless goons importuning you at the top of the screen. There are different weapons, a decent variety of monsters, bosses, and more.

When it comes right down to it, you just can’t beat a bit of Boggle, the frantic board game game in which you jumble up a few dice with letters on them and then race against another player to make as many words as possible. Zynga’s Boggle With Friends is exactly what you’d expect from a studio that specializes in free-to-play multiplayer experiences: a slick, fun, occasionally irritating, feature-packed smartphone version of a true classic.

Most of what we’ve just said about Boggle With Friends goes equally for Scrabble GO. Scopely’s colorful, accessible Scrabble game arrived just in time for the first lockdowns of 2020, and helped many of us to stave off boredom, loneliness, and insanity – for a while at least. Scrabble GO has all the modes and features you could ask for, along with all the usual energy/life/crystal stuff you’ve no doubt become inured to through years of free-to-play exposure. Words With Friends 2 also deserves an honorable mention.

We all know what the term four-letter word means. It’s a euphemism for a swear word. But Four Letters, from developer PikPok, does not deal in obscenities. This slick, cleanly presented word game is essentially Boggle with a streamlining twist: there are only ever four letters, and you need to use them all. In many cases there’s only one possible choice, meaning all of the challenge is in the speed of your solving.

Developed by Fallen Tree Media, the puzzle game supremo behind the Quell series, Highrise Heroes makes an unlikely marriage out of the word game genre and the concept of escaping from a crumbling skyscraper. Highrise Heroes is a narrative puzzler in which you’ll meet NPCs, reveal plot twists, and, of course, find words in a jumble of letters.

The funny thing about the word game genre is that many of its games look similar at first glance. There are only so many ways you can spin the anagram, after all. But Word Forward, from Rocketship Park, is testament to the depth, originality, and variety that talented developers can sneak into an unassuming 5×5 grid of letters.

There’s yet more innovation on display in Sidewords, a word-puzzler that presents you with a Witness-esque variety of puzzle formats to master. There are hundreds of puzzles to solve in all shapes and sizes, grouped by color so that you can play according to your mood. Arguably more logic puzzle than word game, Sidewords is nonetheless an excellent addition to any library.

Dropwords 2, a fully remastered version of the original game, is not the most stylish or slicky presented title on this list. But it’s got it where it counts, with a straightforward Boggle-like gameplay mechanic in which you have to find words to score points and add to your timer. Letters vanish when you use them in a word, and more slide into the screen, giving Dropwords 2 a dash of match-three goodness.

Originally released on iOS, where it garnered an Apple award and a litany of positive reviews, Letterpress is a two-player word game that sees you playing whole words in a bid to seize territory on a 5×5 grid. It’s like a letter-based take on Risk, and it conceals some seriously deep tactical gameplay behind its simple facade. Just watch this cat in action.