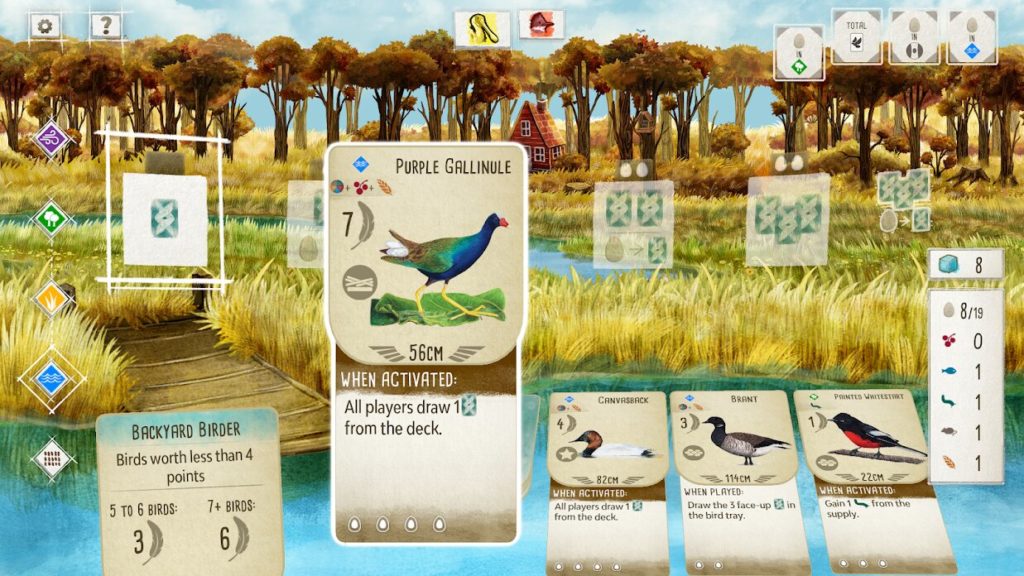 Wingspan is a digital adaptation of a successful card game that’s all about trying to entice feathered friends to your bird sanctuary. It’s been out on a bunch of other platforms for a while, and now it’s heading to Android next month.

There are 170 different birds to try and find, and you can use them to set off chain combos in the different habitats you’re watching over. There’s a single player mode, and a multiplayer component for up to five players.

There’s a simple, soothing beat to the play here, and even though you’re playing against other people you’re not going to be attacking them or anything crazy like that. Here’s a trailer.

The physical version of Wingspan has won plenty of awards, and its Steam version is sitting at the Very Positive review mark since it was launched in September. So you know it’s good, right?

Wingspan is set to launch for Android on November 6th. When it does it’ll be a premium release that’ll set you back $9.99. You can click here to pre-order the game from the Play Store.