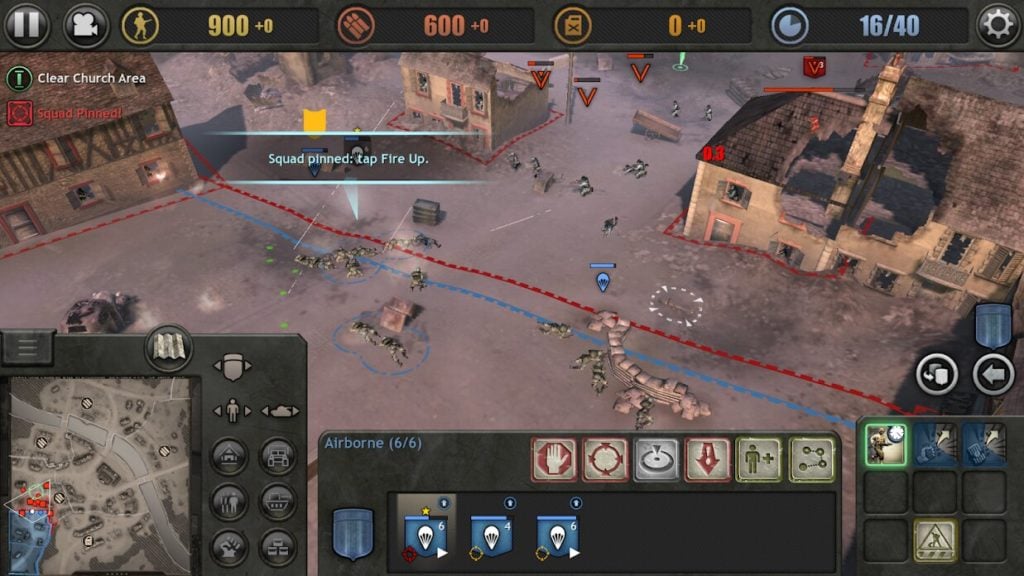 The RTS genre is one that’s pretty darn tricky to get right on mobile. It demands precision and complexity, two things that aren’t always connected to touchscreen controls.

That’s not to say there aren’t some amazing real-time strategy games available on the Play Store. In fact, there are more than enough to make a list with. Which is exactly what we’ve done right here.

You can click on the names of the games below to download them from the Play Store. And if you’ve got your own suggestions for RTS games that should have been included on the list, let us know in the comments section.

A classic of the genre, squished down onto mobile without losing any of the things that made it great in the first place. Lead your soldiers through a variety of campaigns during World War 2, battle it out in a variety of skirmishes and prove your battlefield moxie.

This one mixes together ideas from other genres – namely the roguelike – to make an entertaining RTS that’s different every time you pick it up. Your island home is being invaded, and it’s up to you to fight back and secure it from the attackers.

An oldie but a goodie, if you’ve got a device that can still run it. Tropical Stormfront draws on the classic era of the RTS, all blocky graphics and big buttons, and sees you battling it out on a series of primary colored maps. Well worth checking out.

Ironhide Games, the developer behind the Kingdom Rush series of tower defense games, took a stab at a space-faring RTS with Iron Marines. It works remarkably well, folding some modern mobile sensibilities into the genre while still keeping the challenge level just right.

A game that’s packed full of unit types, campaign stages and network battles. It’s got some of that old school charm, but there’s a modernity here too that keeps things fresh.

Another classic RTS that’s received the mobile treatment. This time round you’re controlling Roman legions in pitched battles against a variety of different foes. There are 19 different factions, and the fights here are truly epic.

This one adds a PvP twist to the RTS template, throwing you into futuristic scraps filled with lasers and tanks and all those sorts of things. If you’re a fan of the likes of Command and Conquer or Starcraft, you’re going to love this one.

While this one is probably the simplest game on the list, it’s a great way to snaffle up some RTS fun when you don’t have as much time on your hands. It’s a game of numbers, and throws in some MOBA and roguelike twists for good measure. Plus, mushrooms are super cool.

Another RTS with one foot in the best parts of the genre’s past. Build your units, send them into battle and generally have a lovely old time while you’re doing it. There’s multiplayer here as well.

To round things off we’ve got another viking-themed experience. This one isn’t just focused on violence – there’s all sorts of other things to consider, from the weather to marauding bears.