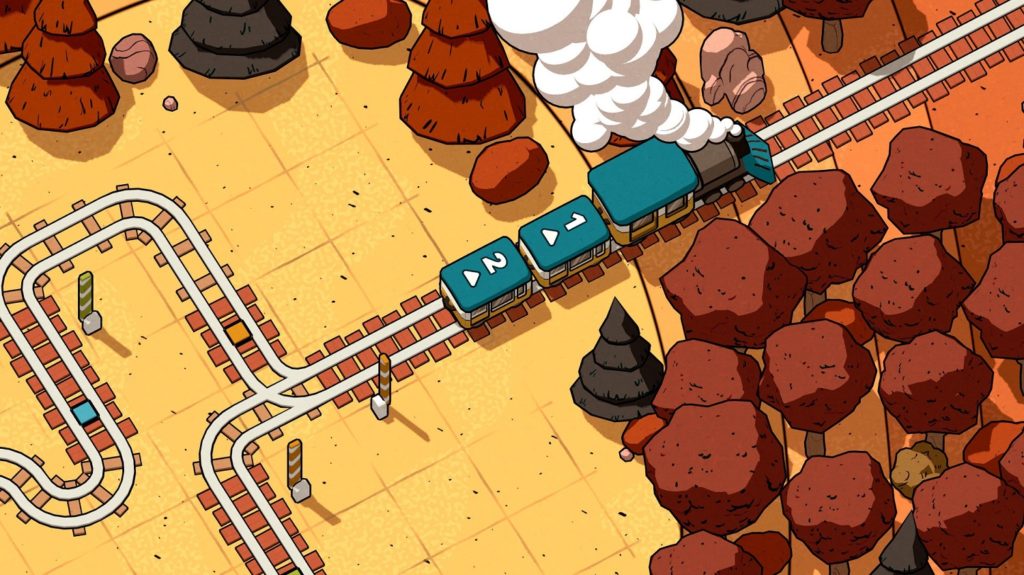 We really like Golf Peaks. We also really like inbento. So when we heard that the developer behind those two excellent games – Afterburn – had announced it was launching a new game in the future, our first reaction was to start typing a story to share the good news. Seriously. It was.

Said game is called Railbound, and it’s a track-bending railway puzzler that sees you trying to guide carriages to an engine. Of course, things are far more complex than that.

From the looks of the trailer, which we’ve embedded below this paragraph, you’re going to be dealing with snarl-ups, portals, gates and loads more. So let’s take a moment and give it a watch, shall we?

We think you’ll agree that it both looks and sounds pretty darn good. Who doesn’t love a puzzler with lovely graphics and podgy trains? No one you should spend too much time with, that’s who.

We don’t have a concrete release date for the game yet, but we do know that it’s slated to land on mobile and PC later this year. If you’d like to sign up for a chance to test Railbound, you can do that at the game’s official website by clicking here.