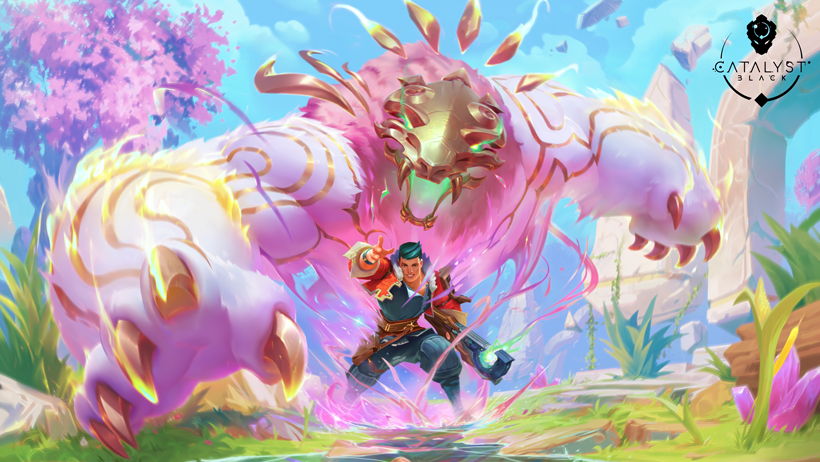 It’s been a while since we’ve had anything to report about Catalyst Black. It’s a new hero shooter from Super Evil Megacorp, the dev behind classic mobile MOBA Vainglory. Well, now we’ve got something to report. We have big things to report.

The game sees you blasting away in 5v5 to 12v12 team-based battles. You can upgrade your gear, pick specific characters with different skills and transform into massive Primals who can smash everything to smithereens.

We’ve also got a brand new trailer to share with you. It shows off the fast-paced, explosive gameplay you can expect when the game lands in just over three weeks. We’re going to embed it now. Prepare yourself.

Looks pretty sweet, right? There’s a bunch of pre-registration campaigns running right this second, from goodies for signing up to a raffle (for US pre-registerers only) where you can win some actual, real-life prizes.

You can find out more about all of that, and the game itself, by checking out the official Catalyst Black website by smashing a click or a tap on this here link.

Alternatively, if you just want to head to the Play Store, do a pre-registering and move on with your day, you can do that by clicking here. We’ll be sure to remind you when the game lands.