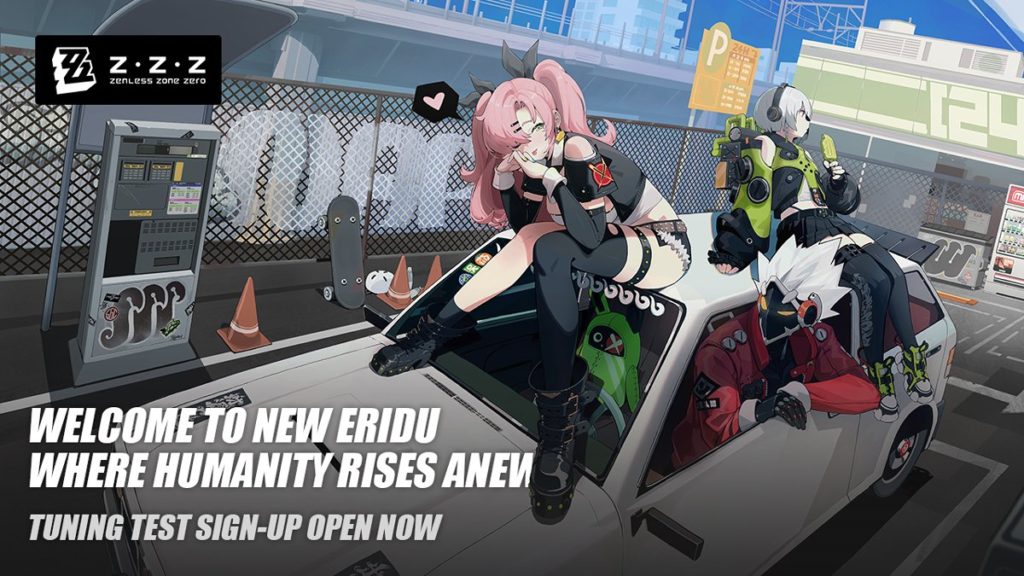 Remember earlier in the week when we told you HoYoverse was teasing a new game and there’d be more information on the 13th. Well, it’s the 13th and we have more information about Zenless Zone Zero for you. Including a trailer! Huzzah!

The game is an action RPG in a similar vein to HoYoverse’s smash hit Genshin Impact. This time round though it’s set in the future, and seems to feature giant bear people. Which is pretty cool.

There’s definitely some swagger to the art-style, and we’re getting a whiff of the likes of Gravity Rush here. Shall we just embed the trailer so you can watch it and decide for yourself? We shall.

The game is set in New Eridu, the last enclave of humanity after some great cataclysm has ruined the world. There are warped realities, dual identities and loads of other stuff going on. All of which will probably make more sense once you’ve actually played it.

And there’s a chance you might get to do that pretty soon. HoYoverse is running a tuning test and accepting applicants to give the game a go and see what’s what.

You can click here to check out a bit more information on the official Zenless Zone Zero website. Be warned, though, it follows the HoYoverse tradition of auto-playing music when it loads. You can also sign up for the tuning test there.