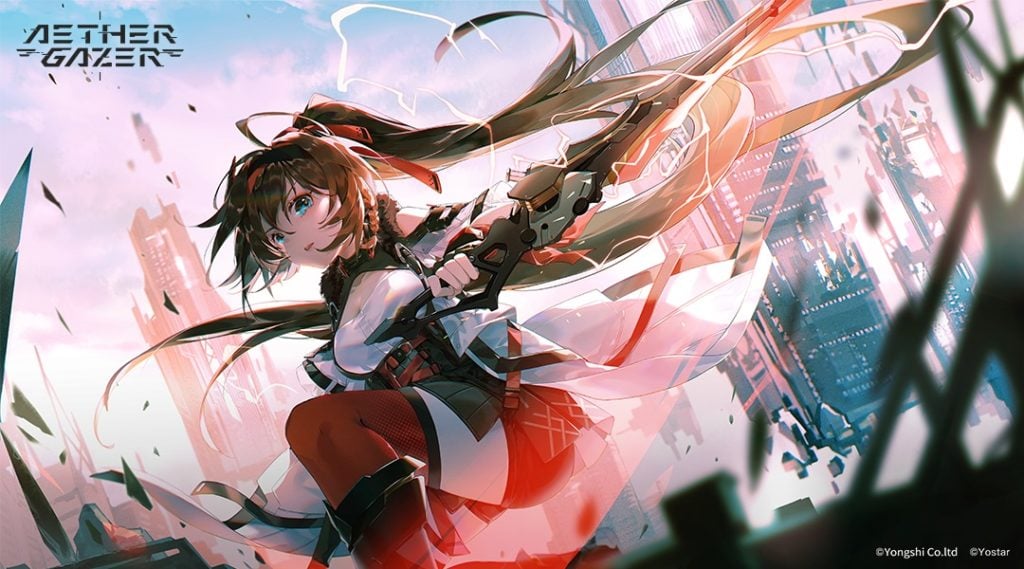 Ever since Genshin Impact made it big, we’ve seen an influx of new, anime-themed ARPGs bouncing around on the Play Store. The next one in that long line is called Aether Gazer and it’s set to land in the fourth quarter of the year.

It’s set in a post-apocalyptic future where human consciousness is in danger. Which sounds pretty bad. You’ll be making a team of three fighters to try and stop the spread of chaos and evil.

Two of your fighters will be handled by the AI, but you’ll be running around and whomping out violence with the other. Different characters have different skills and roles, because that’s what happens in games.

The game is set to land in North America, Europe and SEA towards the end of the year. We will, of course, let you know as and when we hear anything else. Because it’s our job.

In the meantime you can click here to check out the official Aether Gazer website. There’s a 16-ish day countdown clock there, so we imagine there’ll be more info to share when that hits zero.