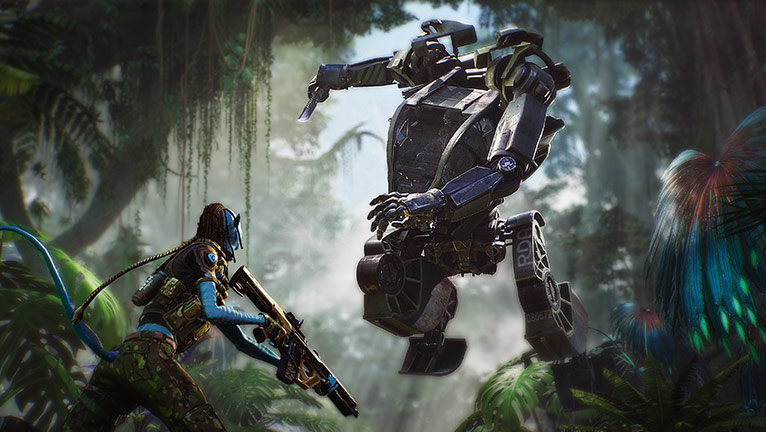 Remember when that Avatar MMO shooter got announced? Yeah you do. It’s called Avatar: Reckoning and there was some artwork with some trees and a gun in it? Come on, it wasn’t even that long ago. Fine. Well the game now has a trailer.

It doesn’t really show any gameplay, but it’s got dragons and weird helicopters and more guns and trees. So we guess that’s a confirmed detail now – Avatar: Reckoning will feature guns and trees.

There are definite shades of those cover-based blasters that were all the rage a few years ago here. The ones where you swiped to move around and then lined up some shots. They were alright. Here’s the trailer.

The game is slated for release in 2023, and in Avatar time that could mean next year or an infinitely distant point in the future. That was a joke about how long it’s taken to make the sequel. We’ve forgotten what that’s called as well.

We will, of course, keep you updated with all the exciting news about Avatar: Reckoning as it lands. Unless something more interesting happens that day, then we’ll write about that instead.