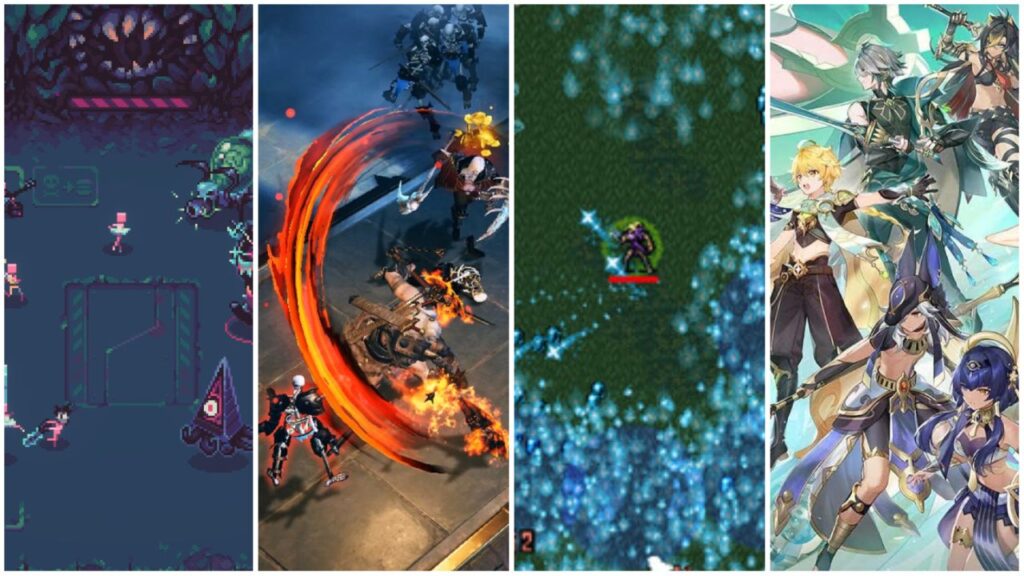 It’s been a great year for games, but what are the best Android games of the year? We got the whole team together and had a discussion about our favourite Android games of 2022, then listed them along with a why on this very list just for you.

Now, it’s important to remember that these games are our personal choices, and may not be reflective of what you think are the best Android games of the year – and that’s okay!

The Best Android Games of 2022

And, without further ado, here are the team’s picks for best Android games of 2022.

My personal pick for the best Android game of the year is a unique strategy game called Despot’s Game. In the game, you control different soldiers in order to survive a labyrinth that the antagonist, a robot called Despot, is gloatingly controlling. The robot will put you through hell, as you try and fight off its minions in each level, strategically positioning your little army, in the hopes that you’ll survive.

What I love about the game is the use of dark humour.

At each point of the game, Despot will tell you what you need to do in such an unhelpful yet funny manner, that you can’t even get angry. Despot is simply hilarious and works fantastically to antagonise you, making you determined to finish the game and wipe the smug smirk from its digital face. Throw in some amazing pixel art, along with challenging yet fun strategic gameplay and you’ve got a game of the year.

You can download Despot’s Game on Google Play now.

Okay, hear me out.

I’m well aware of the complete and utter backlash Activision Blizzard and NetEase received when Diablo Immortal initially launched. And, I maintain that it’s completely justified. Diablo Immortal is greedy. At every turn, it wants you to spend extortionate amounts of money on a gacha gem system that is, effectively, an infinite void of cash. You can put in thousands and remain no closer to your desired character build. There’s no other way to describe that than abhorrent.

Then there’s the warband system, which forces you to pull together a group of players to complete content together on a daily basis. Way to make a game feel like a job, eh?

However, you can choose to ignore all of that completely – and you absolutely should. Do so, and there’s a fantastic mobile interpretation of the long-running action RPG lurking beneath the surface. I know, because I’ve played it almost every day since launch, and I’ve only spent money on cosmetics so far. I like skins – sue me.

The story is the usual Diablo rubbish that I tune out, but it provides you with a lengthy single player adventure. When you’re done, there are dungeons to battle through, and rifts, which provide a daily challenge. I like just playing an hour a day, doing my dailies, and trying to collect all of the legendaries. If I get a legendary gem, I equip it, but I really don’t care about having the best, or upgrading them. And nor should you.

Progression might be slower this way, but I really don’t care about all of that. I just like the loop of ticking off my dailies and the satisfaction of endless progression.

You can download Diablo Immortal on Google Play now.

Vampire Survivors is an example of how a good game loop will trump absolutely everything else. The game is super simple, and its controls are so minimalistic that there’s barely any learning curve. But that’s how it lures you in.

You’ll soon find yourself wading through a hundred different monsters on the field, firing fireballs, a bible, and using several whips at once to mow down all the minions of Satan. You’ll most definitely die, but what you got in that run paves the way to doing better in your next run.

The game loves to surprise you as time ticks onward. I said ‘Oh my god.’ out loud the first time I saw an entire army of skeletons erupt out of the ground in the first level. While the 16-bit graphics might initially just seem like an economical art style, it also means that the game can go hog wild on enemy numbers without tanking its framerate. It’s a ride from start to finish, and the urge to have just one more run is always there.

Gameplay aside, Vampire Survivors is also the kind of success story I love to see. A solo developer’s project that was able to win gamers’ hearts and let the dev get their own studio and staff. That’s always nice to see.

You can download Vampire Survivors on Google Play now!

Now, I know what you’re thinking. Genshin Impact definitely didn’t come out in 2022, but it still holds up as one of the best Android games this year. While gacha games may not be for everyone, the abundance of new content each year makes it a delight to play. The ability to explore the rich open world as we interact with lovable characters makes Genshin Impact one of my favourite games of all time.

Genshin’s popularity is no secret, with millions of active players every month. Throughout the year, an abundance of events, quests, and new characters are added to the game to keep it fresh. The fact that this game is available on mobile is astonishing in itself, mainly due to the fact that it’s a massive open-world title.

Whether you love or hate Genshin, you can’t argue that it’s beloved in the world of gaming at the moment. Even if you’ve never played it, you’ve most likely heard about it or spotted some fanart of characters somewhere – I’m guilty of always talking about Genshin.

The gacha system may put you off, but you’re missing out on a brilliant game with gorgeous visuals, and beautiful music throughout. The overall gameplay and characters make up for the downsides of gacha, as you get lost in the world of Teyvat.

You can download Genshin Impact on Google Play now.