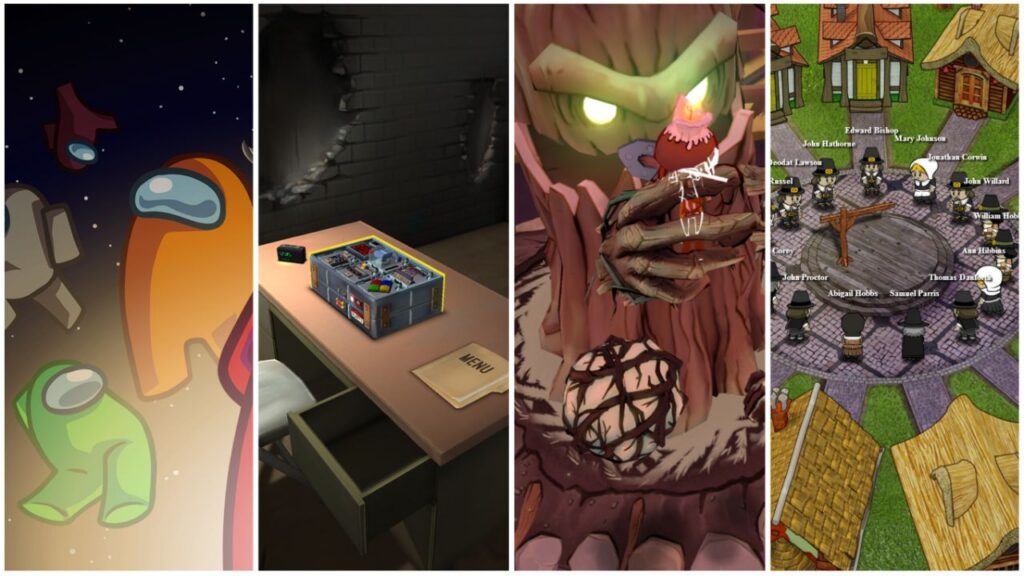 With the New Year nearly upon us, we’re taking a look at the best Android party games. It’s peak party season, and you might be getting ready to ring in 2023 with your nearest and dearest.

Wondering how to keep everyone occupied while you’re waiting for the year to tick down? Well, we’ve got a few suggestions that you can pull out of the bag before anyone starts suggesting charades.

If you’ve not heard of Among Us, then we’ll have to assume you’ve been living on a remote island with no internet access for the past few years. So, welcome back! Among Us is a game about little cartoon space men on a ship, except one of them isn’t a space man at all, they’re a shapeshifting monster known as an Impostor.

The real crew have to complete their tasks around the ship, and the Impostor has to subtly murder as many people as possible without getting exposed. Everyone gets to vote on who they think is the killer. Expect arguments.

You can get your hands on Among Us on Google Play.

Keep Talking And Nobody Explodes

Want to experience the thrill and excitement of bomb disposal without the potential of dying horribly? Then try out Keep Talking And Nobody Explodes. It is a game where a player tries to diffuse a bomb. Unfortunately, they do not know how to diffuse a bomb. There is an instruction manual, but that is in the hands of other players, who can’t see the bomb.

About as fun to watch as it is to play, just make sure you don’t make fun of people fumbling through it too much before you’ve had your turn. It’s harder than it looks.

You can get hold of Keep Talking And Nobody Explodes via Google Play.

Town Of Salem: The Coven

Ever played the games Mafia or Werewolf? Well, Town Of Salem is this, but on steroids. You all take your places as citizens in the incredibly dangerous town, but you may find your particular citizen has a big secret. Townsfolk roles like the spy, sheriff, doctor, and jailer try and expose the threats to the town, while the mafia members, serial killers, and werewolves attempt to avoid detection and probably murder some people in the process. It is complete chaos and great for a larger group.

Town Of Salem: The Coven is available now on Google Play.

Want something that keeps mixing it up? There are several different Jackbox Party Packs available now, and all of them bring a selection of different party games to play using your phones. From trivia quizzes, to internet comment fights, to monster dating games, to making your drawings fight each other, there’s definitely something for everyone. It’s silly, witty, and will keep all your guests busy for a while.

You can pick up a selection of Jackbox Party Packs on Google Play.

Acron: Attack Of The Squirrels

VR headsets are great fun, but they’re not something everyone is willing to shell out for, and there’s not a lot you can do with a group of people and one headset, right? Wrong. Acron: Attack Of The Squirrels is an asymmetrical multiplayer game where one player has a headset, and the rest play on their phones.

The VR-user takes the role of a monstrous tree, that is trying to repel a gang of squirrels controlled by the phone players. The tree can fling projectiles at the squirrels, who can move freely around the arena. Boss fight where one of your friends plays as the boss? We’re ready.

You can grab Acron: Attack Of The Squirrels on Google Play, you’ll need one VR headset and at least two Android devices to play.

That’s our round-up for the best Android party games. Not really feeling the excitement for the New Year yet? Well, we’ve got a few things to look forward to in 2023 with our best upcoming Android games of 2023 list.