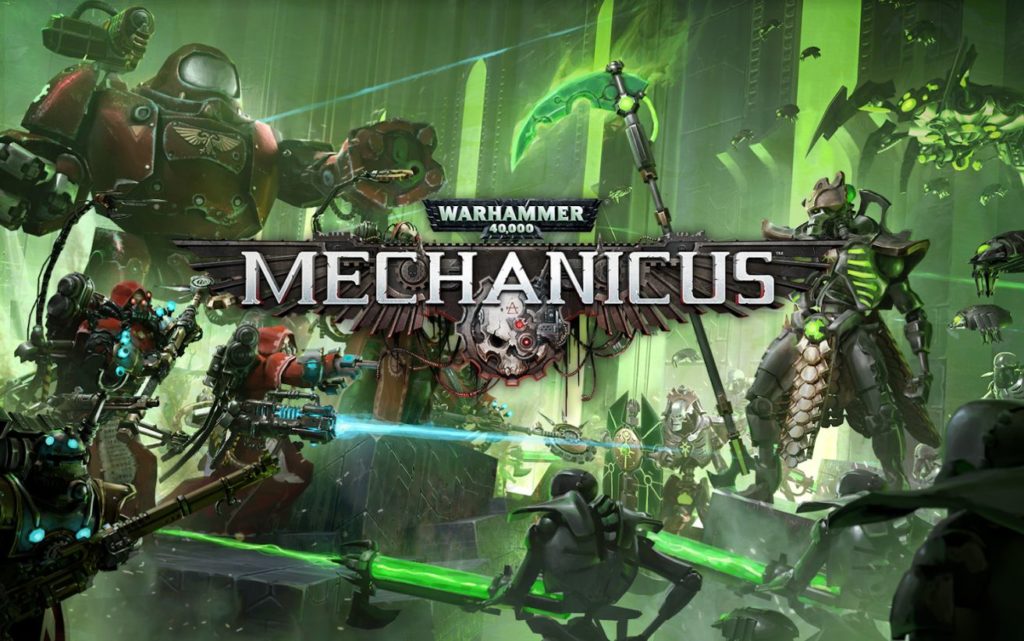 When a formula works, you stick with it. That’s what Machinka Museum does, adhering to not one but three different overlapping blueprints, provided by Machinarium, The Witness, and – most obviously – The Room.

Warhammer 40,000: Mechanicus, meanwhile, succeeds by sticking closely to its PC counterpart, which is itself indebted to the XCOM series. Even Tender: Creature Comforts, the most innovative game on this week’s list, is based on Tinder.

As ever, there’s something for everyone here, from hardcore gamers to technophobic puzzle enthusiasts.

If you want an elevator pitch, Machinka Museum is The Room but with aliens. That’s a bit reductive, of course. It’s also Machinarium and The Witness, all of which influences the developer cites in the Google Play Store description. Explore a creepy museum, solving environmental puzzles to unlock some intergalactic secrets. Job done.

Warhammer 40,000: Mechanicus is already out on PC, which is how we know it’s good. This quintessential Warhammer adventure sees you searching for ancient technologies in a steampunk universe containing stuff with names like Adeptus Mechanicus and Silva Tenebris. If you like the XCOM games, you’ll love this.

We like Tender: Creature Comforts because it manages to reproduce the experience of using a dating app without also being super-weird. How? By making its prospective dates super-weird. You’ll try to find matches among a menagerie of alien creatures and adorable monsters, in the process exploring “connection and rejection in the era of swipe culture”. Neat.

Sometimes you don’t want a slick, challenging steampunk strategy game or an artful satire of modern dating mores. Sometimes you just want to match lovely colorful objects while upbeat music plays in the background. Enter Mystery Match Village, your typical polished casual puzzler aimed at nice people who wear cardigans. And there’s nothing wrong with that.

“Can you survive by solving the mysteries of the death loop and tragedies?!” That’s the question you need to ask yourself before spending close to 30 bucks on Kemco’s latest mobile “Mafia/Werewolf” RPG. Like a fantastical Groundhog Day, this nifty adventure sees you looping through the same events, attempting to solve puzzles and unlock new routes.