This is the primary list of the Top 40 players of Antigen: Outbreak by Battery Powered Games. This game was chosen as the first game for AGC1 because of it’s compatibility, various control options, fun factor and sheer endurance in survival mode. To get a score such as 64 million+ points you would have to play this game for over 3 1/2 hours straight if not longer. Everyone really came out for this and all the scores were equally impressive as getting into the Top40 was no small feat with a game such as this.

So without further delay here are the Top 40 players who will move on into the Ladder. Again this is an early list and we will be emailing all 40 of you to confirm a few things. So for the rest of you who did not make it, don’t go jumping ship right away! We may end up having to replace a couple of people. We also might grab one or two of you and toss you into a wildcard match so it’s best to pay attention to the posts! If anyone is taken off this list we will update this post and announce it via Twitter as well. 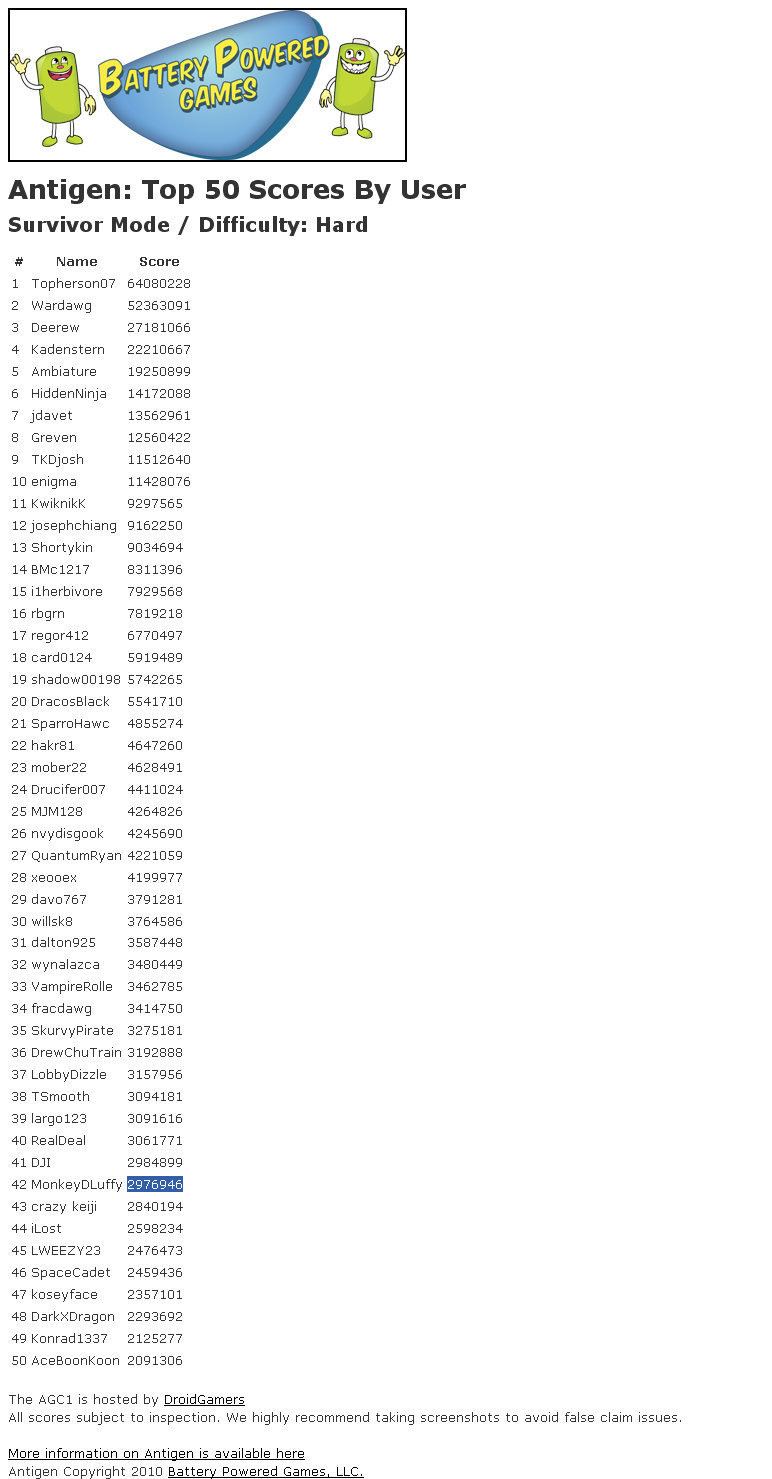 Screenshot of the final leaderboard scores. Click to enlarge.

A couple of names were taken out either due to not having registered properly (thus having no contact information) or was the developer testing the leaderboard (Username rbgrn). Again this list is just the early list. I will be emailing you all to confirm a few things. Any changes to this list will happen today or tomorrow if there is any. It will also be announced that the list has been changed (if it gets changed) on Twitter.

The rest of you gamers in the last few spots on the Top 50 list Battery Powered Games set up don’t go to far. Like I mentioned we may throw in a wildcard match to liven things up but you’ll have to check back to this post as we will announce it here and on Twitter as well.

I hope you are all having a blast so far with this tournament! Take a day and rest, you’ll need it as the ladder is a lot more fast paced!