A survey that was just conducted has come up with some interesting results which point to Amazon’s Kindle Fire tablet as being the most popular tablet to play Android games on. While it wasn’t the biggest survey on the planet with only 1,117 people taking it, the results are still pretty interesting considering the Kindle Fire came out on top as the most used for mobile gaming on tablets.

Why did it score this high? Well it could be for a lot of reasons, the main one most likely being it was one of the first really affordable tablets that came out for the Android OS. As for the most favorite mobile gaming device to play games on in general, Android phones took that one with a total of 20% of the people answering the survey choosing that as their mobile gaming platform of choice. 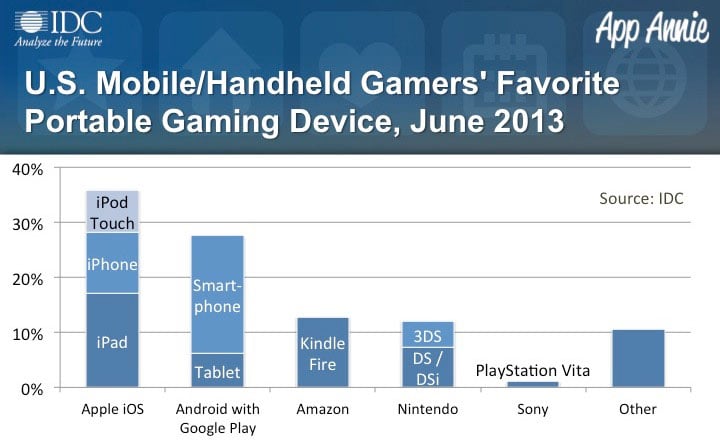 So do you, our readers agree with these results? When it comes to tablets and gaming do you use a Kindle Fire, a different tablet (and if so what model) or just your Android phone? Let us know in the comments below as we’re interested to see how these results stack up to an actual reader base of Android gamers.