ASUS has announced their next tablet that will be heading our way soon over at the Computex 2013 show which is technically beginning tomorrow but ASUS has decided to make their announcement today. This new tablet is actually quite a beast in terms of specs, not only because it comes with a Tegra-4 quadcore chipset and its partnering 72-core GPU but also because the tablet will be able to stream 4K content to your TV through HDMI.

Aside from those two notable upgrades over their current tablets, the new Asus Transformer Pad Infinity will feature most of the high-end specs everyone has come to expect from their Transformer line of tablets. 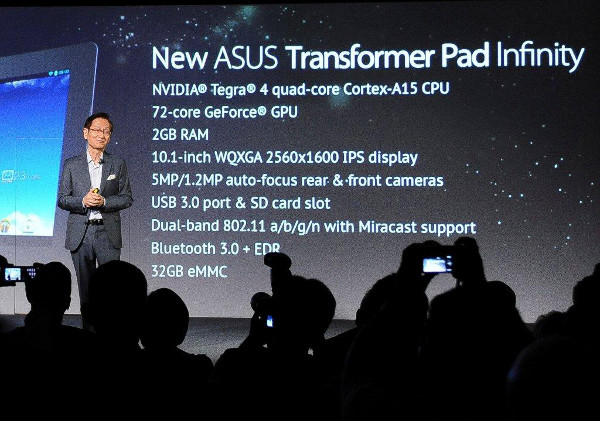 Since this is a newly announced product, Asus hasn’t announced any sort of pricing on this new tablet nor any information as to when it will be made available for public consumption but it is a safe bet that it will arrive at some point this year.