On March 5th, Badfly Interactive announced the coming release of Dead Effect 2, later this year. Just like in the original Dead Effect, players will be station on the ESS Meridian, which is a considerable distance away from Earth.

[UPDATE: Wednesday, October 28th, 1:17pm PST] Just a quick update to let everyone who happen to be waiting for this game that is has now arrived onto Google Play. It’s about half a day early from their recently announced release date of Oct. 29th, 2015. You can grab a copy of Dead Effect 2 off of Google Play through the new link at the bottom of this article. We’ve also added new screenshots as well.

[UPDATE: Monday, October 26th, 9:22 PM] It look like the wait for Badfly Interactive’s latest game is almost over. About a week ago, they posted a little message to their website about the arrival of their new game Dead Effect 2: “The wait is over. Dead Effect 2 was submitted for review and we’re now waiting for approval from Apple and Google app stores. The release date was therefore set for October 29, 2015. This is to make sure we can deliver the game on both platforms at the same time, and that you will end up playing a final product, properly tested and debugged, the way it was meant to be. Please bear with us for a tiny little longer, it’s going to be worth it – look who’s all excited to meet you all next week!” – Badfly Interactive

The note above appeared a little less than a week ago. That means that sometime late Wednesday night or early Thursday morning, the game will appear in the Google Play Store. You know how we do it at DroidGamers. As soon as we see it is live in the Play Store, we will let you know by updating this article. In the meantime, check out who is excited to see you in the new image below. Uhmmm…I don’t think I am as excited to meet him/her as they are to meet me. At least it looks like we will be prepared…sort of. “Say hello to my little friend!” 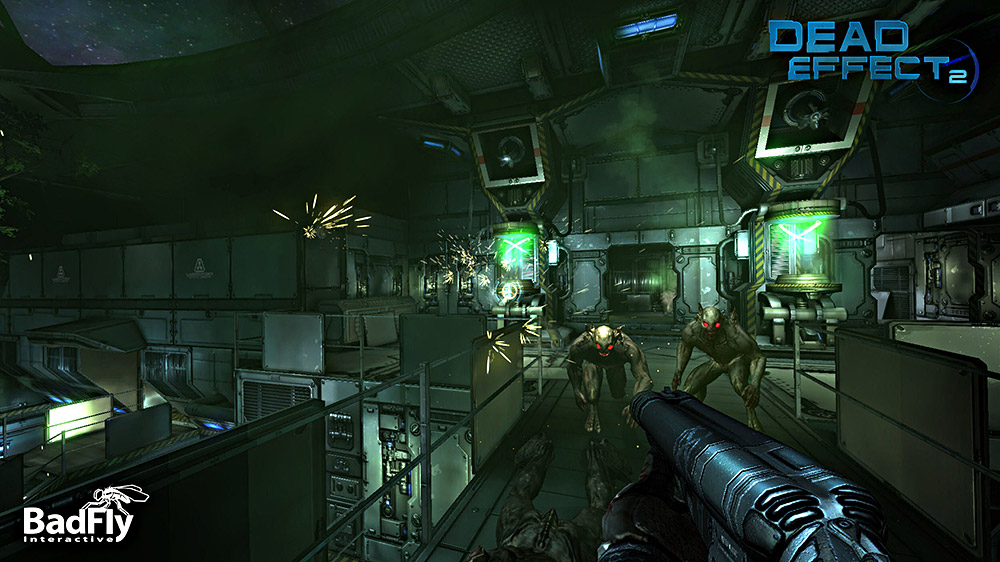 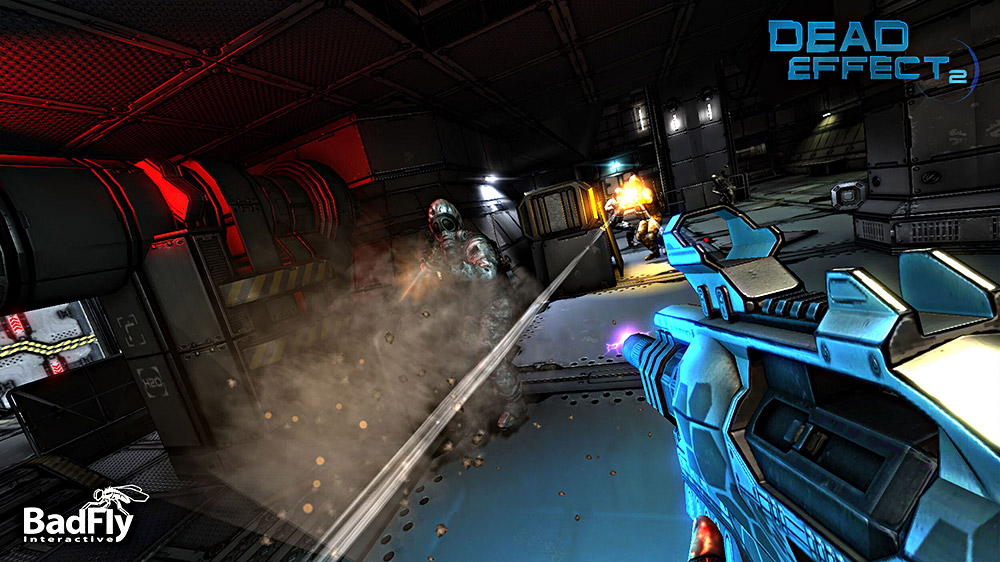 As the story goes, on the ship you’re on, lurks something sinister with mind controlling abilities, and it must be stopped. The onus is on the player to become the hunter, instead of the prey.

Furthermore, Badfly will be collaborating with nVidia to ensure that “…Dead Effect 2 has maximum support with Tegra chips, and is customizing gameplay for optimal performance for use with the recently announced 4K TV-Shield console with X1 chip.” The game will be released for free (with IAPs), in the third quarter of this year. See the trailer below for a cinematic style teaser.