Madfinger has pushed out an update today for their Dead Trigger 2 game which is called The Gangsta Update. It is called this because the update adds two of the more favored weapons gangsters tend to use, the FN FAL assault rifle and the Lupara Shotgun.

Those are not the only weapons added to the game with this update. Dead Trigger 2 now has a number of new weapons that can be found, crafted, and/or purchased. The KrissVector and LA22A2 are two of the other new weapons making their debut. 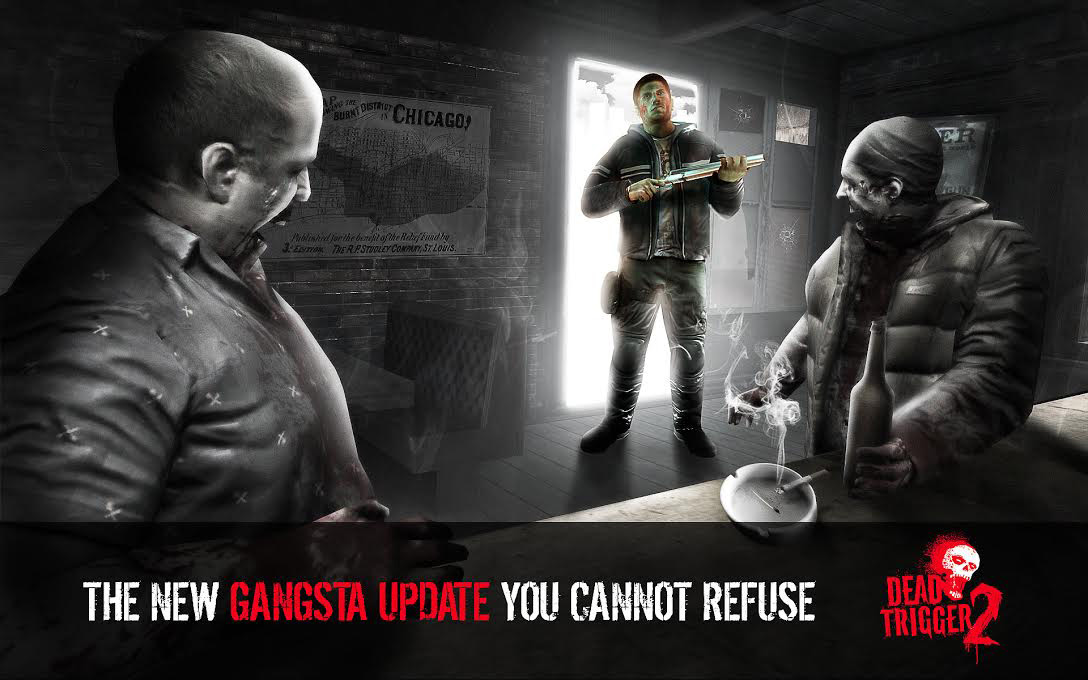 A new core gameplay mode has been introduced with the Gangsta Update as well called the Collector’s Hunt. This new mode is a new series of events where you can collect more items and get some of the better rewards available. Additionally, The Gandhi and Sprinter tournaments have been tweaked as well, allowing players to get blueprints as drops from dead walkers.

Of course this update also brings the standard bug fixes and additional game performance optimizations most updated come with. If you have Dead Trigger 2 installed, you can now download the update off of Google Play.