Another movie themed game has arrived today on Android but this time around it is coming from DreamWorks, with the game’s development being done by PikPok, called Rise of the Guardians: Dash ‘N Drop. This particular movie-based game is, if you haven’t already guessed it, themed around DreamWork’s upcoming animated film Rise of the Guardians which is slated to hit theaters on November 21st, 2012.

In this particular movie game you will be playing as Santa who is out to solve a rather major issue in the North Pole, that being all the presents having been scattered all around. It’ll be your job to fly around in the Guardians’ magical sleigh, collecting all the scattered presents as you glide through the sky. You can also collect elves along the way for special boosts but you’ll have to watch out for Nightmare creatures as well who are bent on stopping you from getting all the presents. 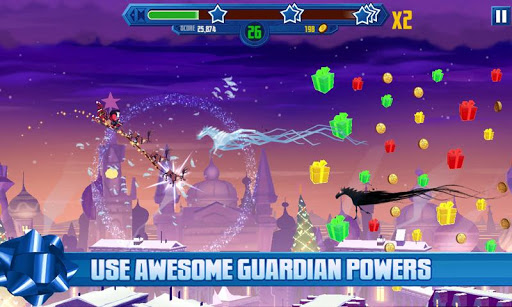 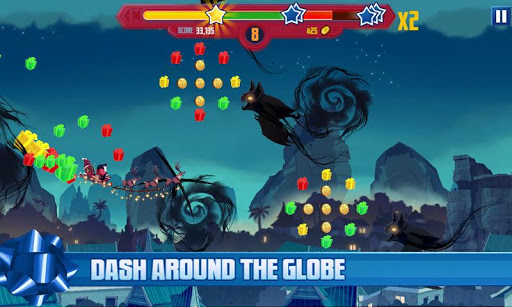 As you progress through the game, you will be able to collect coins which you can turn around and use to buy power-ups. These can be then used to take on the Nightmare creatures who are flying around and trying to stop you from collecting as many presents as possible. If you’re interested in checking this particular movie game out, now is a good time to do so as it is on sale for 50% off to celebrate its launch, costing only $0.99 right now for a limited time.