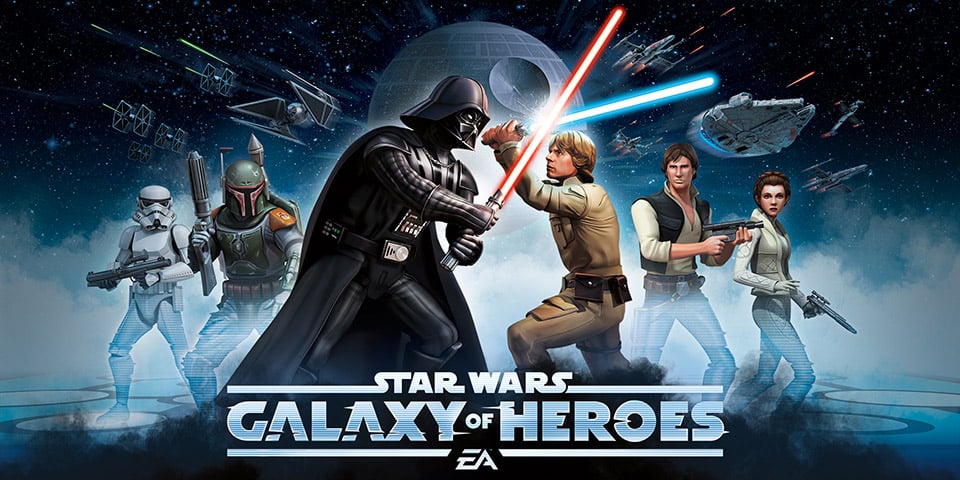 [UPDATE: Tuesday, November 24th – 10:55 AM, PST] It looks like the Star Wars Universe is continuing to expand. Like a black hole out of nowhere, the much anticipated Star Wars: Galaxy of Heroes is now available to download in the Google Play Store. If you haven’t hit the download button already…what are you waiting for? We are definitely eager to play this one. The game is free to play and does include optional in-app purchases. Once you have spent some time with it, let us know what you think in the comments. The link to download the game can be found at the end of this article.

[UPDATE: Tuesday, November 10th – 6:53 AM, PST] There are plenty of Star Wars fans awaiting the arrival of the new movie, The Force Awakens. The movie is set to arrive next month. Android gamers have also been awaiting the latest opportunity to get into the Star Wars universe, to play the latest game. EA has now made Pre-Registration available for Star Wars: Galaxy of Heroes. That means the release of the game shouldn’t be too far away. If you are interested in pre-registering, you can do so at the link at the end of this article. Pre-registering will net you an exclusive character when the game releases. Hopefully we will be revisiting the galaxy that is far, far away really soon.

Players will be able to choose whether they want to fight for the Light or the Dark Side. Depending on which side you choose, you will be able to collect characters who represent that particular side such as Hoth, Bespin, Tatooine, Geonosis and so on. This is a team-based game so you will be building your team of characters, going on missions and leveling them up, all while taking out the enemies of your chosen side. 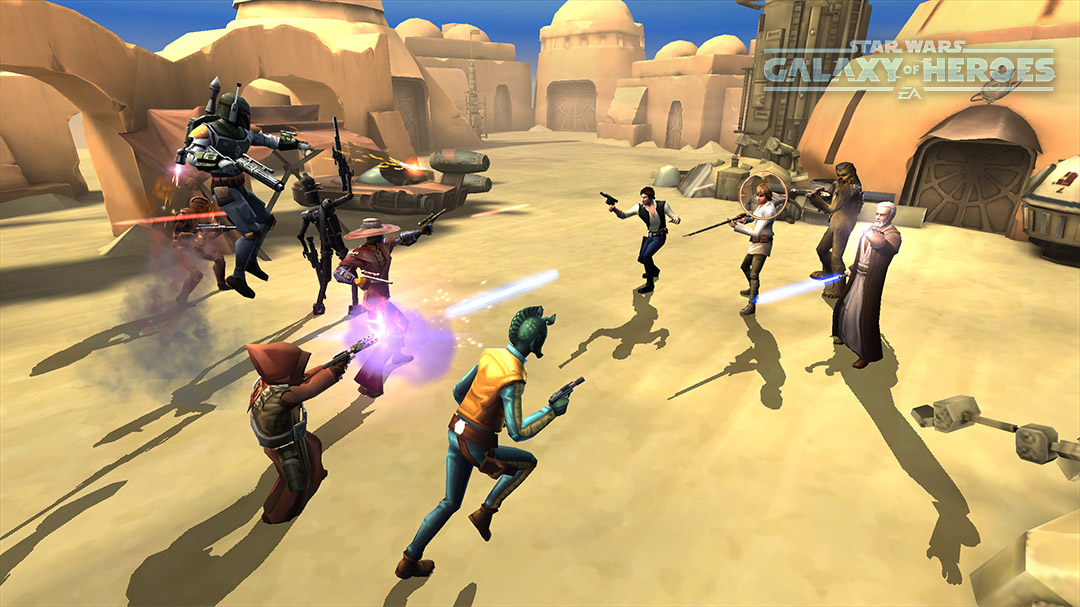 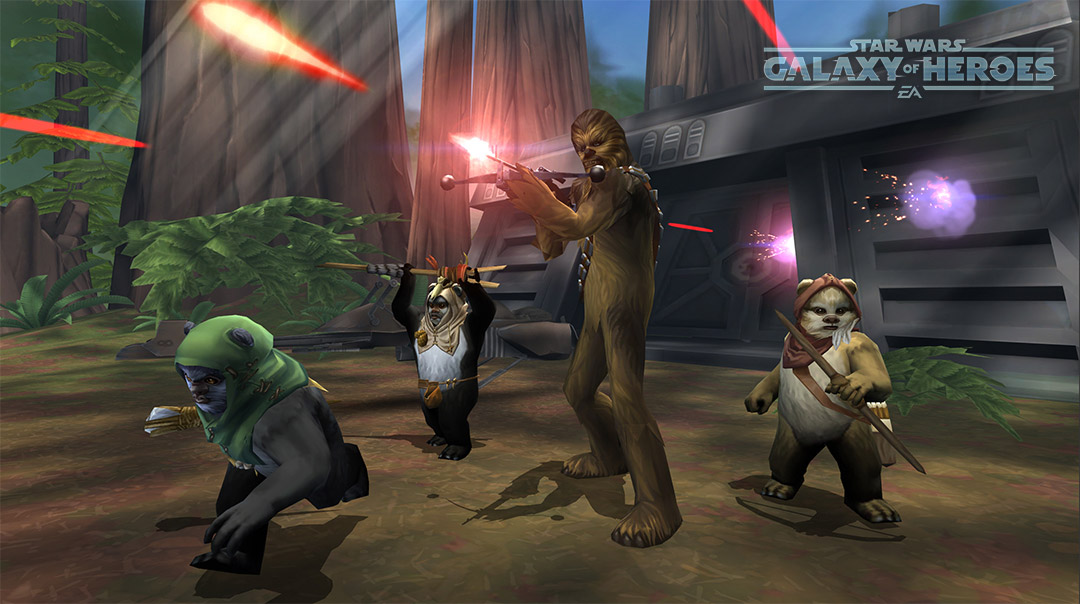 Each character has their own special attack as well which range from Darth Sidious’s Force Lightning to Chewbacca’s Wookiee Rage. Each side also has full campaigns to work through and plenty of gear to equip your chosen heroes with. Building your group can be a strategic process as well, since some characters have abilities that compliment other characters’ abilities.

While it isn’t directly mentioned as to whether or not there will be multiplayer and/or PvP content, it would be a pretty safe bet to say there will be that as well. For those of you interested in this game, there is a pre-registration available right now over on the game’s official micro-site. As for when this game will arrive, right now there is just a ‘Holiday Season 2015’ release time frame announced. In the meantime, you can check out the screenshots (above and below) as well as the first trailer below for Star Wars: Galaxy of Heroes. 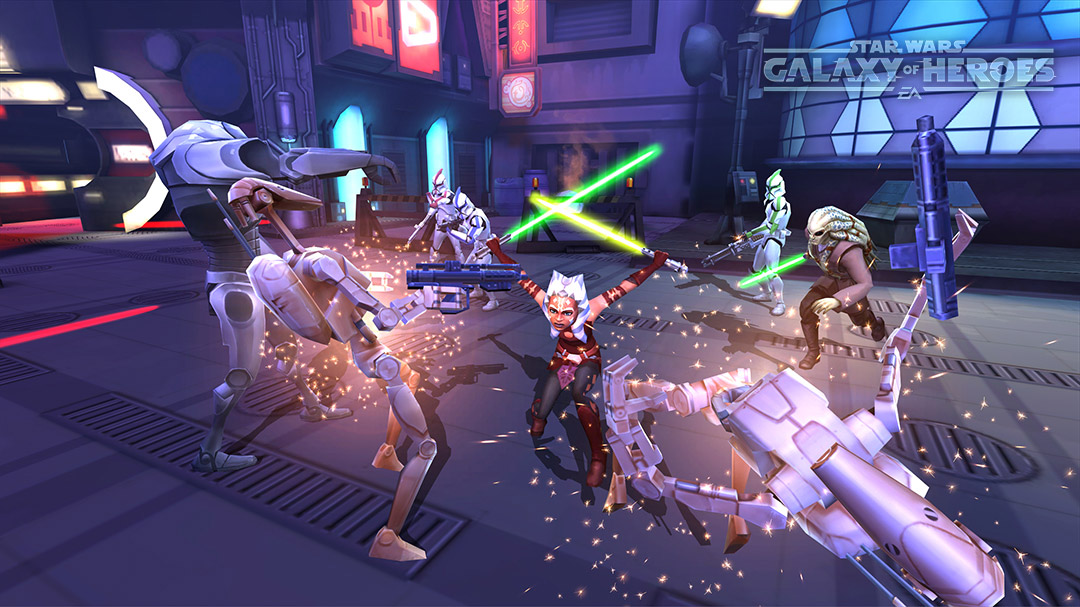 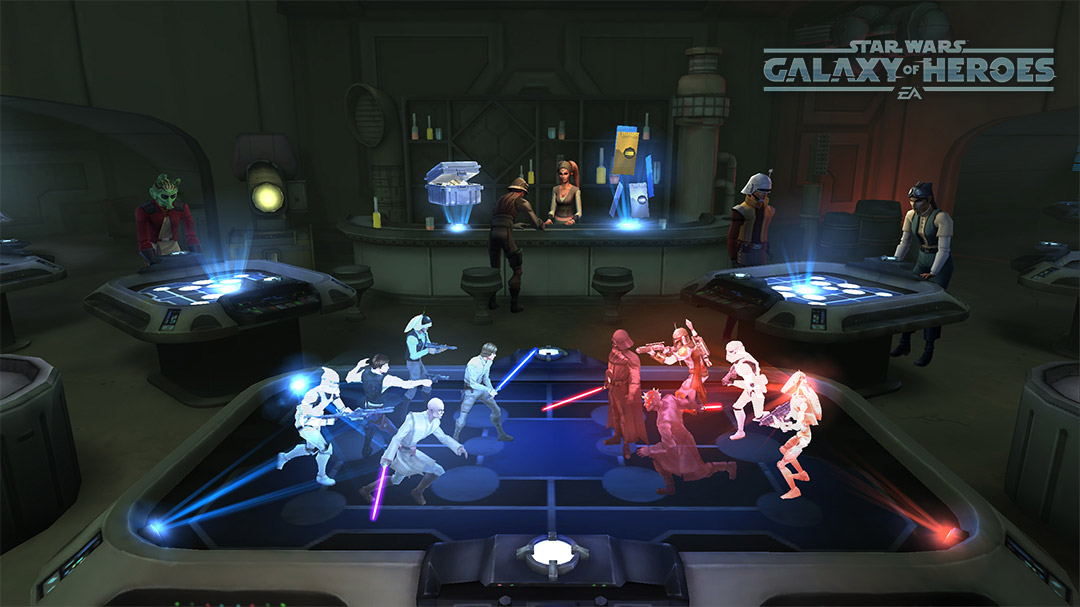