Following in the spirit of yesterday’s retro game article about OpenTyrian here is another retro arcade style game that just landed on the Android market recently called Full Metal Warriors II by JoyMaster Holdings Co. LTD. and is your one-way ticket to some old school arcade ass kicking action. It is time to unleash special attacks and beat down every enemy in your path.

In this game you are a lone warrior out to save your kingdom against hordes of enemy warriors. Set in a futuristic Asian theme but also with standard ancient Asian weapons your job it to eliminate the enemy by using a variety of attacks and special attacks. Along the way you’ll get power-ups to help you out but being the one-man army that you are you aren’t too worried about them. 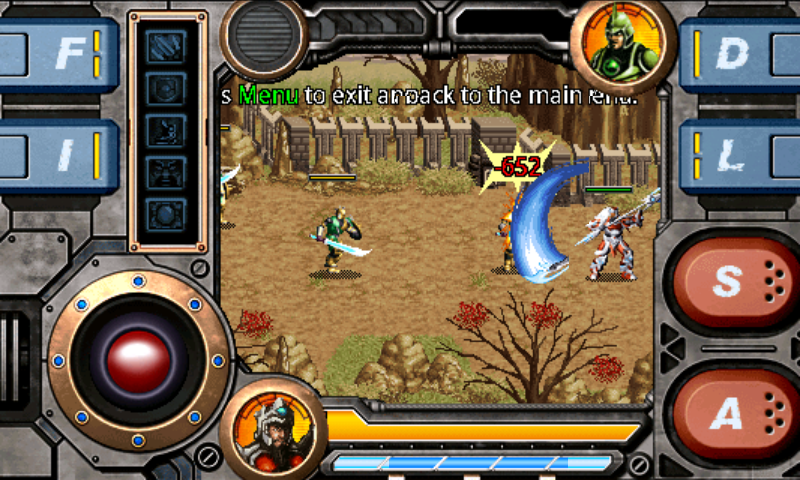 Controls are on-screen virtual joystick and buttons, 6 buttons in total to be exact but you can also bust out your special moves by swiping on the screen. A = Attack, S = Special Attack and the top 4 buttons are your Full Metal attacks which you can also activate by the swipe movements on the screen. As with any game based around mech armor and fighting, some of the special attacks are pretty grand looking.

Graphically this game has everything you want in a retro fighting game from the highly detailed 8-bit graphics to the great special moves animations. This will remind you of all the old fighting games you used to play on the arcade or the old console systems especially when you try to do some of the special moves since to do them it is a combo button pushing system (think Mortal Combat, Street Fighter etc when doing multiple hits to make combos). 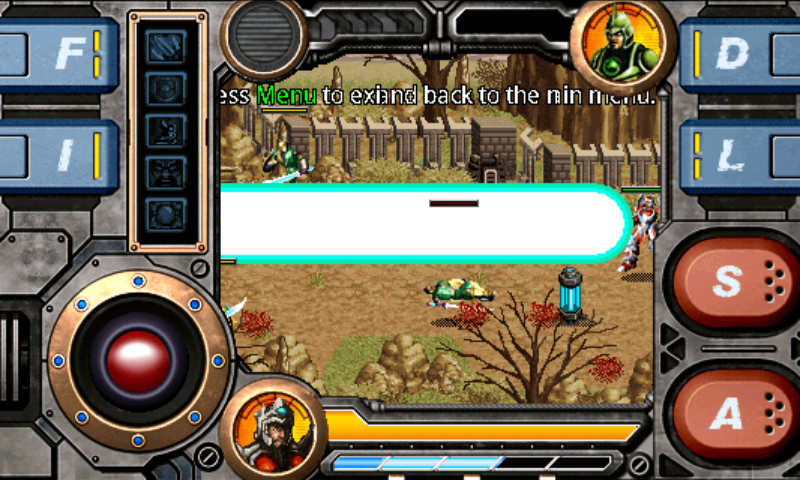 Some of the special moves are over-the-top looking as well and some aren’t even attached to you, example, you drop a turret that looks like a dragon which will shoot laser beams are regular intervals. While not as deep with the moves and combos like the arcade fighting games, it does bring some of that fun to your Android phone.

The only issue with this game is that the actual play area is kind of small but you get used to it after a few minutes and the controls are all to the side so you aren’t blocking your view either. You can try this for free by grabbing the lite version or you can buy the full version for $1.99USD. Definitely a great addition to your retro game collection!