Namco recently mentioned that they like the Android platform and are confident in the future commercial success of it. To reinforce this they are willing to throw brands names and resources at Android and could possibly be the first major developer to fully embrace Android as a gaming platform.

Rob Schoeppe, senior director of production and deployment was recently quoted as saying “We have a very aggressive schedule planned for Android” and that we should expect “an avalanche of Namco games coming to Android.”

Some titles include Pac-Man Championship Edition, The Wolfman, and Harvest Moon Frantic Farming. We already have Pac-Man (The Classic version), Inspector Gadget, Katamari and Brain Excercise on the Android market with Pac-Man having been in the Top 5 free games since forever.

Pool Pro Online 3 will also be coming to Android which is their cross-platform social multiplayer game and even possibly their Flight Control game which has sold a few million copies in the iPhone App store. 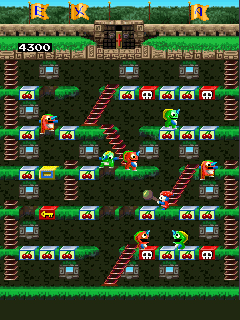 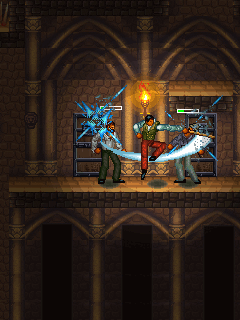 Personally I see this as a good sign. Yes we do have a few EA games here and there and a couple other notable companies have release the odd game but no real full embracing of the Android platform. Some of these games that have been released by these major companies have failed quite well in getting people to get behind them due to the quality of the game. This could be due to the fact that when you see a game released by EA or any other major label, it’s automatically assumed that the quality has to be at the level of that developer and it should be.

Namco seems prepared to throw massive amount of money, resources and commitment towards Android and perhaps this will be the edge that other major labels need to fully get on board with Android. To really prove this though, Namco is going to have to drop some serious brand names onto the market, not just Pac-Man. Wolfman is a good start, I’d personally like to see the Mr. Do! series for Android and maybe a couple of their more 3D-ish titles and an RPG or two (like Final Fantasy).