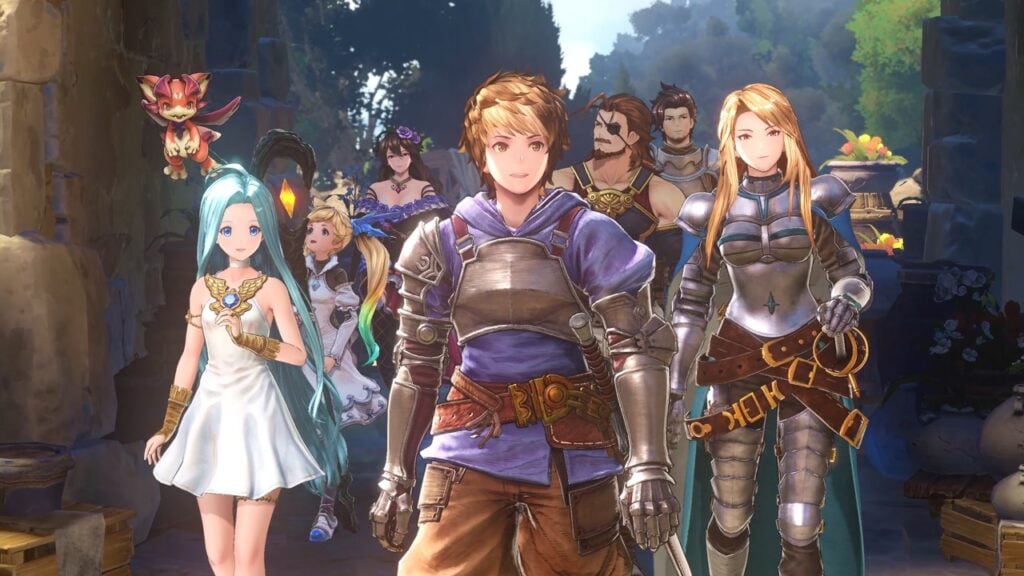 Cygames has released a teaser trailer for the new Granblue Fantasy ninth anniversary event, which lasts a mere minute and focuses on story developments. A reddit post regarding the trailer has fans speculating the new content that the event will bring.

Granblue Fantasy is one of the longest running gacha games. It features a turn-based combat system, as well as the typical summoning system found in most gachas. The story follows a small rebellious crew of Imperials who want to escape the Empire, but things get complicated when they merge their souls in an attempt to save themselves from death.

It hasn’t taken long for fans of the beloved gacha to start theorising what Cygames will add in the upcoming event.

One Reddit user, @dimmyfarm, writes “General events give crystals used to roll the gacha, sometimes new summon/weapons which are ehh, characters, skins, story. Also because this is the anniversary one it will probably have a character, new class, good banners, also characters in the event will get a boost from having their level cap raised which you get from using farmable materials.”

The user seems to base their theory on past events. If Cygames takes inspiration with its recent updates and events, then this could very well be what we see in the new update.

The Reddit post also saw some fans attempting to dissect the stills of the trailer, and what they could mean for the overall story.

One Reddit user, @kaikalaila, questions “Will Siete FINALLY get serious?”

Another user, @kalltrops, further speculates with a response to the question “I’ll never take him seriously after he employed 5 Dimensional Galaxy Brain Strategies […]”

While the overall response to the teaser trailer is quite positive, not everyone is looking forward to the event.

One user, @roashiki, writes “For some unknown reason the anniversary event story usually ends up mediocre. Last year was a straight up bait and switch since nothing about the trailer matched the actual story.”

The comment is currently sitting at two downvotes, making it quite the hot-take.

You can download Granblue Fantasy on Google Play now.

If you’re looking for something new to play, have a read of our list for The Best Android Gacha Games.