As you may be guessing from the name, this game is a bit more of a social game and follows the mechanics of card battle RPG titles. You’ll be playing as Snake and organizing troops to take on big enemies. Once you are organized, you’ll be infiltrating whatever base you are tasked to sneak into and taking out whatever your target may be for that particular mission. Unlike a lot of games of this nature, battle scenes and infiltration is completely rendered in 3D and battles are fully animated in said 3D graphics. 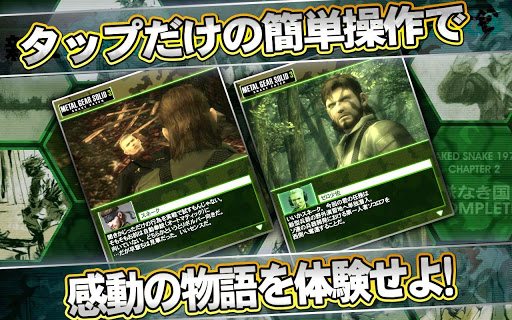 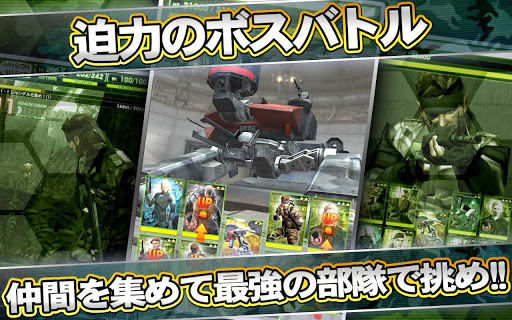 There are also all of the familiar characters from the entire Metal Gear series of games in this new title which you can also collect. Since this is a card battle social game, you can download Metal Gear Solid: Social Ops for free off of Google Play if you live in Japan or happen to use an app like Market Enabler. You’ll also need a Japanese GREE social gaming platform account to play.

Important Note: Please be advised that once you download this game and go to run it the first time, it will ask for root access. We have no idea why it would do that but selecting no will move everything forward and the game will still run. This could be some messed up bug that the developers need to fix or it could be on purpose. If you don’t feel like this is safe, don’t download it until the official English version is released.