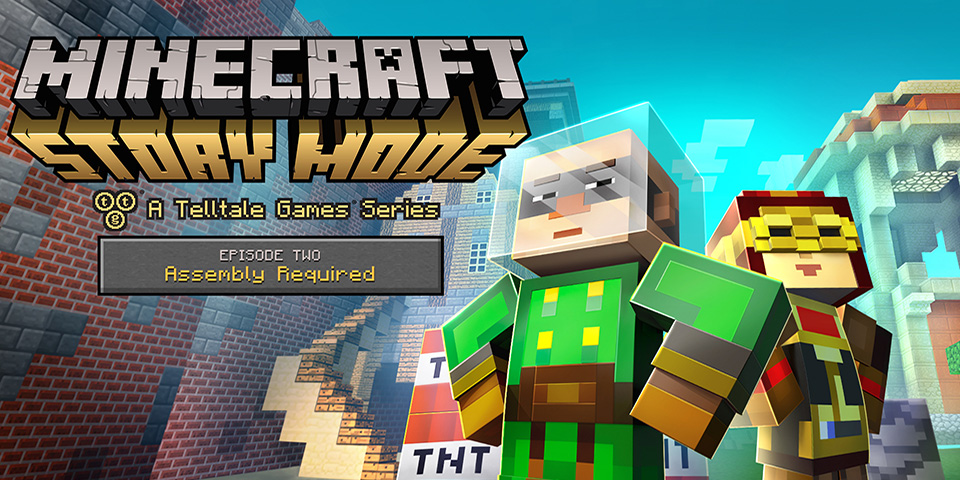 Telltale Games recently released the first episode of their highly anticipated new series Minecraft: Story Mode. The first episode, called the Order of the Stone, is available on pretty much every platform now since its release. However, the new trailer was released to celebrate the game’s physical copies now being available in actual brick and mortar stores.

While the main reason for the release of this trailer is the availability of the physical copies of the game, this video also has a preview of episode 2 as well. The official name for the next episode is Assembly Required and this trailer gives a bit of insight as to what we can expect story-wise when it arrives.

Time is running out for our intrepid heroes, as the Wither Storm looms ever closer, consuming everything in its’ wake. Jesse and friends are off to explore wondrous Redstone marvels and kingdoms of chaos in search of Magnus and Ellegaard, the remaining known members of The Order of the Stone. Can these legendary figures help our heroes stop the impending threat?

When more details are released about episode 2, we will post an update. In the meantime, enjoy the new trailer above. Telltale Games did mention on Twitter that depending on your choices in the first episode, your path in Episode 2 is going to be very different from other people’s paths. To experience it all, you’ll have to play the game multiple times.