More info on Gingerbread and Honeycomb

We’ve learned more about the future of Google’s dessert themed update strategy and their both set to bring huge changes to the platform. Google has also officially targeted the latter at tablets with manufacturers already signing on for Google’s more tablet friendly OS.

Google’s repositioning of Gingerbread means its more likely we’ll see it on our current smartphones. Less of a major jump than Honeycomb, there’s really isn’t a reason it wouldn’t run perfectly well on current smartphones,  as it was originally rumored it wouldn’t. Gingerbread, in addition to it’s other features we’ve covered has also been spotted with lock screen animations. When the lock button on the phone is pressed, an animation is now shown and it looks like an old CRT TV turning off. We don’t know if that’s something Google is going to let us customize (without root of course) of if you’ll be able to download new ones from the market, which has seen some improvement itself. Samsung’s Galaxy Tab will be updated with Android Gingerbread, confirmed by Samsung themselves.

Documented on Android Police the market will soon bring improved media support for android market app description pages. Embedding YouTube videos and higher resolution images is now supported and its a change were glad to see was made. Gingerbread is set to launch in the next few weeks, according to Google. Some of Gingerbreads improvements are hitting us now, like quick app installs from the market. 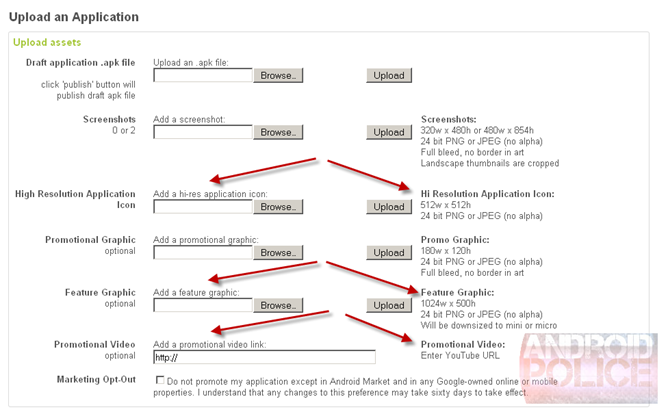 Honeycomb – What we know:

Google is working to make honeycomb a more tablet friendly OS. It’s nice to see Google support the form factor and it’s apps unlike the Galaxy Tab. Lenovo has reportedly signed on with Google to make the world’s first Android Honeycomb tablet. It will launch early next year along with the new OS and brings more RAM, a better CPU and a higher resolution screen (like on the Tab). as part of a new minimum specification standard.