Namco Bandai has released two games, the first being Tekken Card Tournament which we reported on earlier this morning, and Corn Quest which is a tower defense style of game. The fields of your farm are being attached by bugs, mutant bugs to be exact, and it’s your job to stop them from eating everything.

This game definitely isn’t one of the more serious tower defense games out there in theme but it does pose plenty of challenge for your tower defense fans out there. The game plays out pretty much like any other tower defense games, with you having to set up defenses in order to stop the onslaught of mutant bugs of eating everything. Your defense have upgrades and boosts available as well. 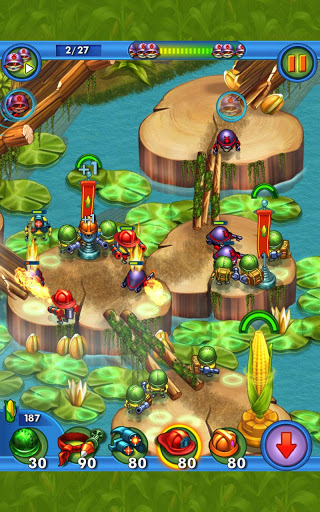 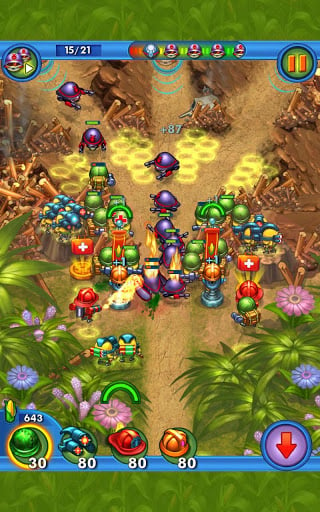 • Instantly rewarding, real-time take on the tower defense genre
• Three modes of play – Campaign, Survival, and Sudden Death
• 5 unique corn units – From steadfast grunt to sharpshooting sniper
• 5 incredible power-ups – From the deceptive scarecrow to the unstoppable Shuck Norris
• 5 beautiful environments – From the golden fields of corn to the cold, crystalline lair of the bug Queen

Corn Quest is available for download off of the Google Play store for free should you want to be a vegetarian hero this weekend. It is supported through option in-game purchases for some of those upgrades and boosts you might want to use.