Big news today as another huge smash hit game is on its way to Android. We are talking about the recently released iOS game called Cut The Rope by Zeptolab. According to dutch Android site, AndroidPlanet.nl, they are committed to making an Android version available sometime in the future. The iOS version was released through Chillingo, let’s hope that doesn’t happen.

What we do want to have happen is Zeptolab, themselves, releasing the game onto the Android platform. Chillingo, as a game publisher, released a few crappy games awhile back for Android but due to the poor performance (the games really did suck) they have yet to jump back onto releasing titles for Android. Angry Birds was released by Chillingo for iOS but thankfully, Rovio brought it to Android themselves. 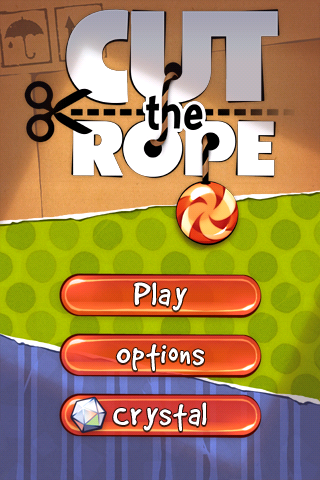 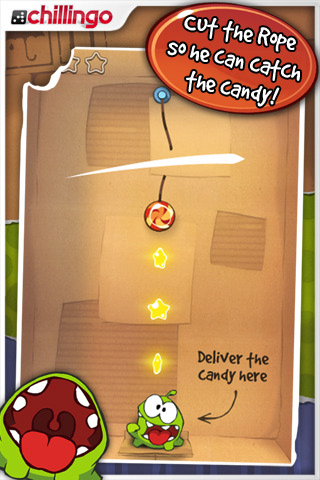 Cut The Rope recently released just broke a new records on the App Store as well receiving over a million downloads in a single day. Part physics game, part puzzle/strategy, Cut The Rope is a fun but tricky game to play. The goal of each level is to feed the candy to the frog looking creature you received in the mail. Using physics and things around you on each stage, you line up your ‘cut’ so that you collect as many of the three stars as you can while getting the candy to the little creature.

This game coming to Android is great news and hopefully it’ll be here sooner than later. It is good to see more quality games heading over to Android and gamers supporting developers while developers listen to gamer’s requests for quality games. Let’s keep the trend going shall we. Until Cut The Rope is available for Android we have Angry Birds, Yumsters and many more games to tide us over. Perhaps Zeptolabs will use the same pricing scheme as Rovio did.

You can bet we will be working hard to get our hands on a copy of this asap.