Nvidia’s LTE Enabled Shield tablet has had an update pushed out to it, beginning yesterday. While the details for some of what the update addresses are vague, there is a specific one that it also addresses, in that it patches the bug known as Stagefright. 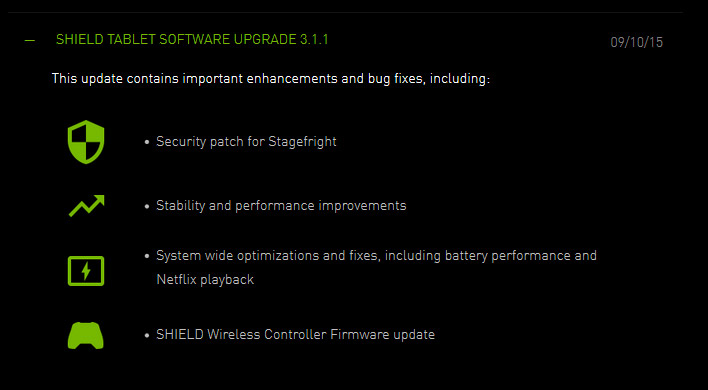 Beyond that, NVIDIA mentions stability and performance updates, optimizations, fixes, battery performance, and a firmware update for the controller. In my experience, I noticed it would freeze on occasion, while not in use, thus forcing a reboot to get it up and running again.

If that’s the stability issue being addressed, I welcome the update for that alone, to say nothing of more battery. I never saw any issues with the controller, so hopefully it’ll stay that way.