There are many speculations and no real confirmations on when the next generation NVIDIA Shield console is going to release. Since NVIDIA CEO Jen-Hsun Huang hinted on the next iteration of the console late in 2013, the android gaming community has been cracking up with rumors on the said device’s release date. Earlier this week, 2 FCC filing diagrams from the company surfaced and one of those may just be the Shield 2.

The image shows a device with similar button layouts to the original Shield. It also looks sleeker with its slightly curvier hand grips. Also noticeable is the apparent disappearance of the protruding screen hinge bezel from the original device which may make the new model lighter. It seems that NVIDIA might be looking to make the device more ergonomic compared to the first one based on these changes. Apart from that, it does have all the looks of an NVIDIA Shield device. While there are concerns that this could be an NVIDIA game controller only, the label of the device suggests otherwise. The possible new model is labeled P2570 while its predecessor’s label is P2450, putting it at least in the same family model category. 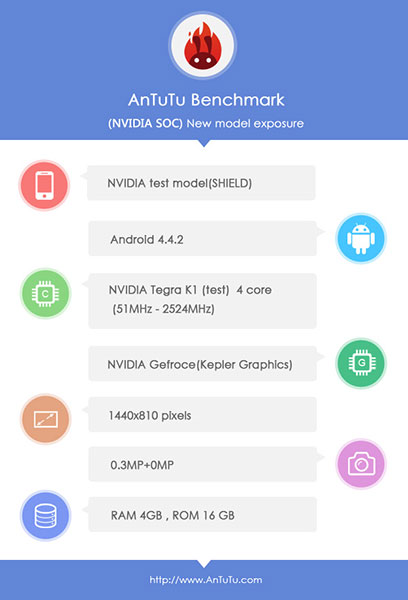 There are no validations to the successor’s hardware but we can only guess that it will be sporting the new Tegra K1 processors. Benchmark leaks of a said NVIDIA Test Model earlier this March have been the best speculation so far on the possible hardware features of the device.

What new features and hardware would you like to see in the new device? Hit us in the comments section below on what you think the new model should introduce or improve.