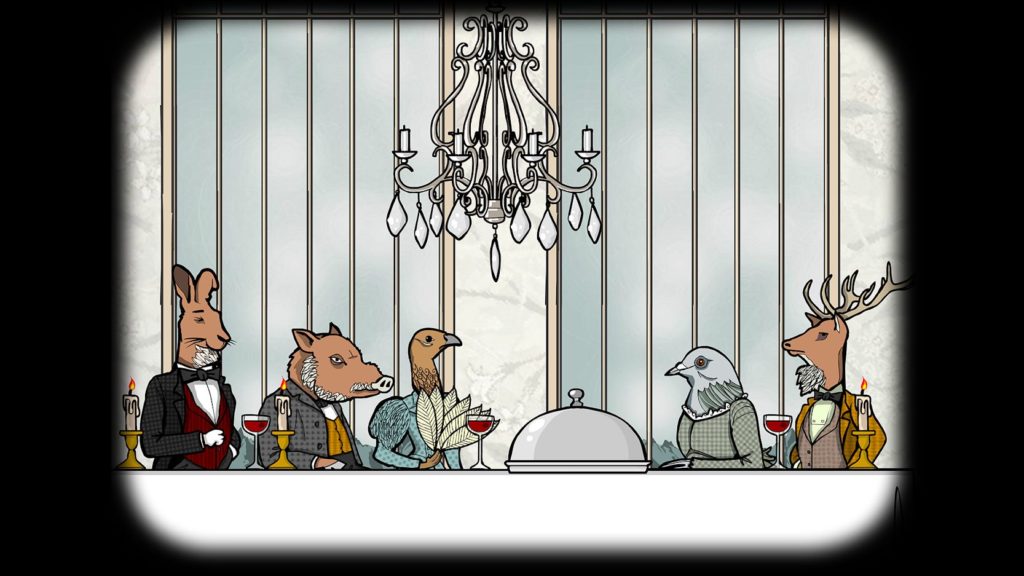 The giveaway is in keeping with the studio’s remarkably generous attitude to its library of cult adventure games, all set in the fictional settlement of Rusty Lake. Earlier this year it made its entire Cube Escape series free to download forever.

In case you’re not familiar with Rusty Lake Hotel, it’s an adventure game consisting of six different rooms full of highly inventive puzzles. Plotwise, the whole thing revilves around five dinners attended by various guests and members of staff, during which the story unfolds in creepy fashion.

Rusty Lake Hotel is a distinctive and well-constructed adventure game with a highly impressive 4.8 average user review score from more than 13,000 reviews. That’s no mean feat.

So you’d be an idiot not to download it right now for free.