The new level, called Monster Mountain, is home to a giant Jack O’ Lantern with sharp teeth that wants to eat you. However, since that isn’t the best situation for your character to be in, you’ll be making your way down the new mountain trying to escape from said giant Jack O’ Lantern. Along with the new level, the Halloween update also adds another 32 challenges for players to try and complete. 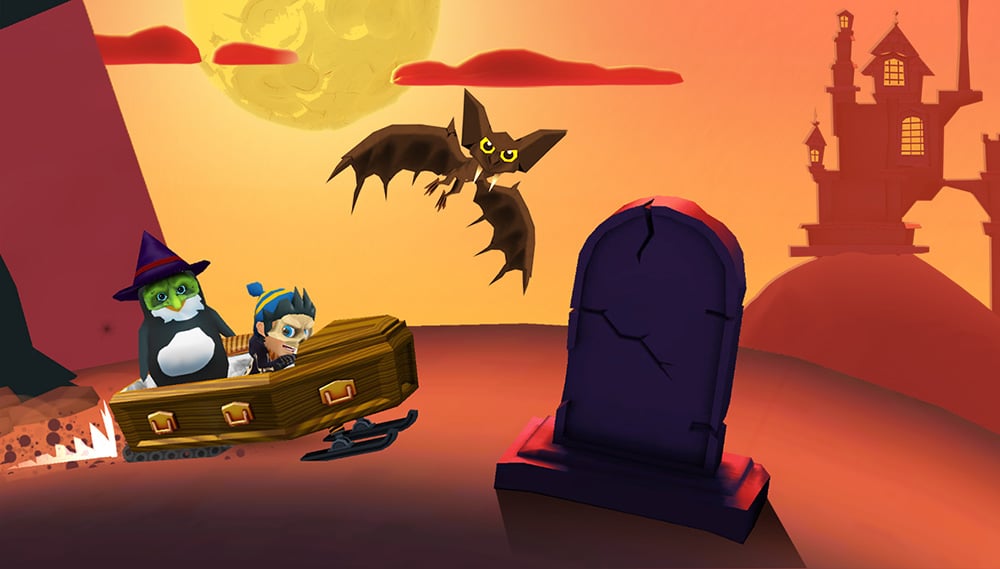 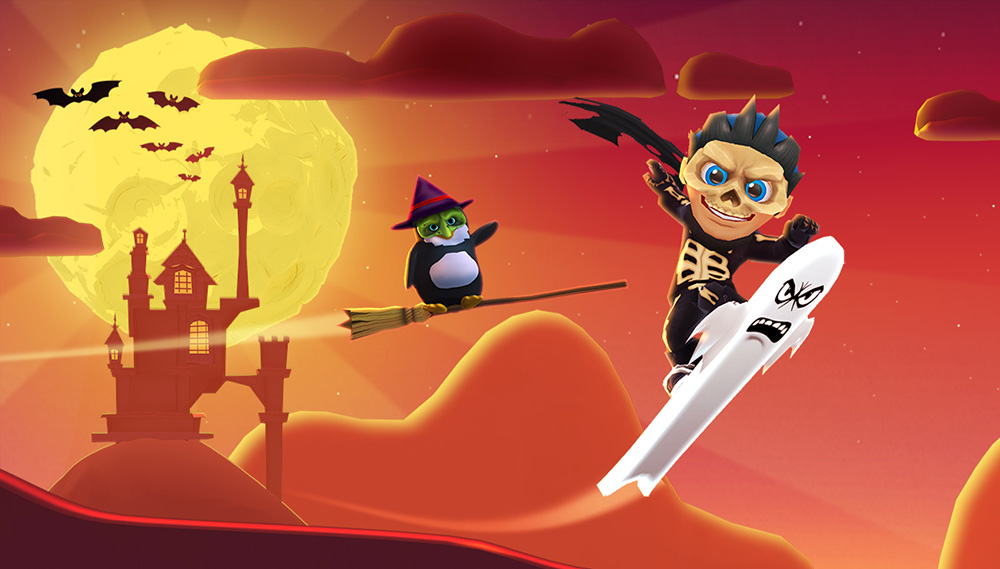 Outside of the actual gameplay additions, the update also adds some new Halloween themed costumes as well as Halloween themed items. Also, instead of riding snowmobiles and bathtubs down the mountain, you’ll be riding creepy coffins and cauldrons full of boiling witches’ brew. Giant bats will now riders through the air instead of eagles. Spider webs lay scattered on the slope for Sven or Evana to jump on to and slide. Lastly, there are new Bone skis and two new snowboards: Ghost Board and The Shovel.

The Halloween update for Ski Safari 2 is now available for download off of Google Play. If you want to check this game out, download the game itself is also free.