For those of you unfamiliar with this type of game, originally Fighting Fantasy books where adventure books that read out like an RPG. You would be presented with choices to make within the book and depending on your choice you would flip to the corresponding page and either continue your journey or usually end up dead. Tin Man Games makes the best adventure book for mobile games with 3D dice rolling, actual stats sheet and other great features. 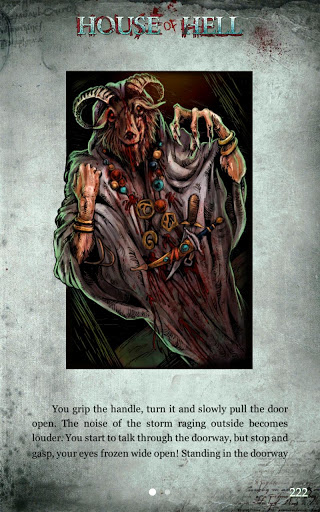 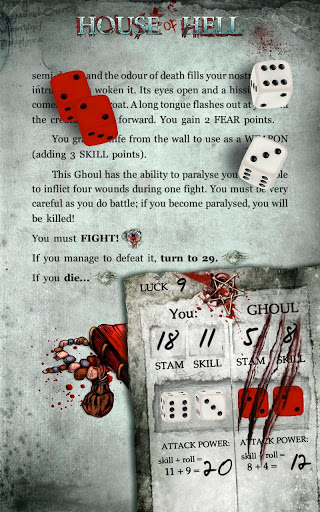 House of Hell originally was one of the Fighting Fantasy books which was released back in 1984. The goal of this particular book is pretty simple, you just have to survive the night as a lone traveler who takes refuge in an old mansion. Unfortunately for you, surviving the night isn’t exactly easy in this mansion as you will need to dodge traps and other hazards, collect equipment, and survive battles with the mansion’s otherworldly residents.

This new version of House of Hell for mobile devices will come with some features the original book never had such as colored illustrations and custom difficulty settings. You’ll also get all the snazzy features that come with all Tin Man Games such as the dice rolling, interactive stats sheet and the ability to save what page you’re on and return to the game later.

For those of you who are dedicated fans of Tin Man Games or Fighting Fantasy books can pick up this new one for $5.99 off of Google Play and get to surviving a very long night.