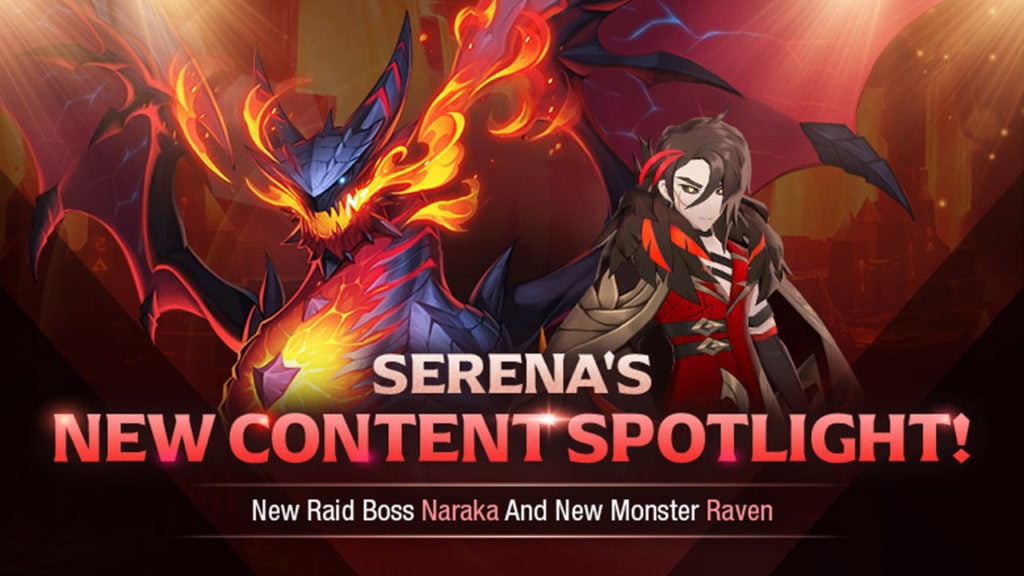 Hype has begun stirring around a new Summoners War: Chronicles raid boss when Com2uS teased the first “major” update for the game. The new update will feature the new boss Naraku and the new assistant Raven on December 12.

Naraku is an epic dragon that breathes fire, well-earning it’s title of a “raid boss”. But setting you alight isn’t the only thing it can do – it can create earthquakes and summon spirits, proving to be a future challenge for you!

There’s also a new five star hero in Raven, who arrives with a customisable colour palette.

Raven will be the latest addition to the ever-growing collection of 350 monsters that the game features.

(Hopefully) The First of Many

Summoner’s War: Chronicles launched back in November, and within the one month of it’s release, it hasn’t had many updates of note so far.

Fans of the game have been hoping for plenty of content-heavy patches and this seems to be the first one! We’re hoping the developers won’t stop there, and that this is the first of many updates.

The game itself is a direct follow-up to Summoners War: Sky Arena, picking up where that game left off.

Choosing from a small selection of characters, the focus of the campaign is to fight back against the darkness that has leaked through the Rift of Worlds.

There’s over 350 monsters in the game, and you must fight alongside a team of them if you are to overcome said darkness. With such a big monster selection, you should have a fun time testing each of them out!

While there’s not much going for the update content-wise, you might be looking forward to this patch if you enjoy a good ol’ battle with a Summoners War: Chronicles raid boss.

Find more information about the game, check out the official website.