Your goal is to get the golden star safely onto the platform. Sounds easy but you will quickly learn that as the stages go on, it gets progressively harder. There are all kinds of differently shaped blocks or ones that do special things such as glass blocks that shatter or exploding blocks that destroy other blocks touching it. Balloons are also attached to some blocks and once they are bumped into moving, won’t stop. Oh, I forgot to mention, there are stages with multiple platforms to choose from to get your star to safely to make things even more interesting! 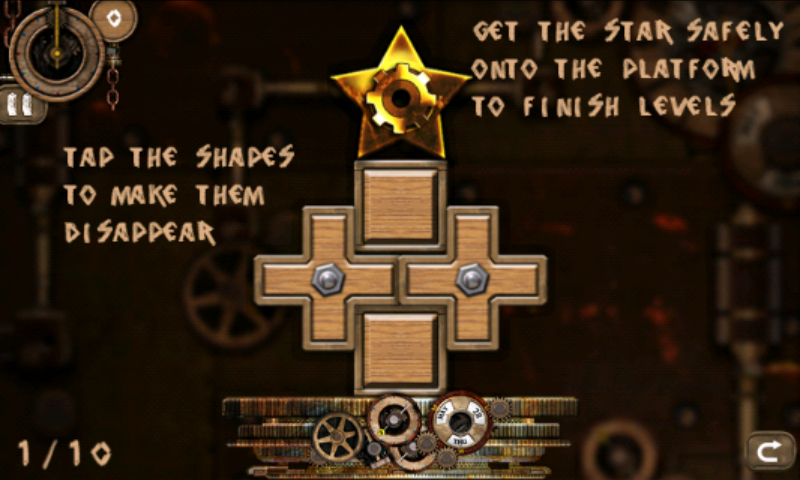 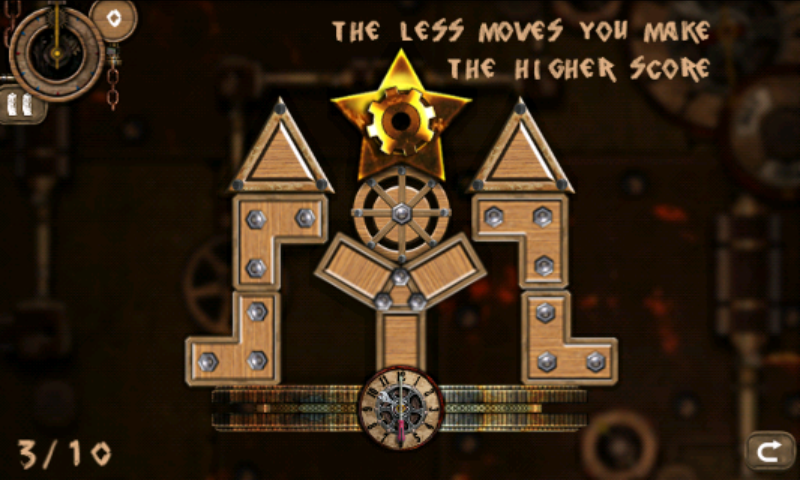 The graphics are great in this game, with the overall look coming from the Steampunk style (which I’m a huge fan of). The physics are great as well which you can always expect it to be when it’s a Camel Games release. Even the sounds are great. Gameplay is easy enough to just pick up and start playing as all you have to do is tap to destroy blocks. There is a timer between blocks, 5 seconds I believe, before you can destroy another one to prevent you from just tapping and destroying like crazy 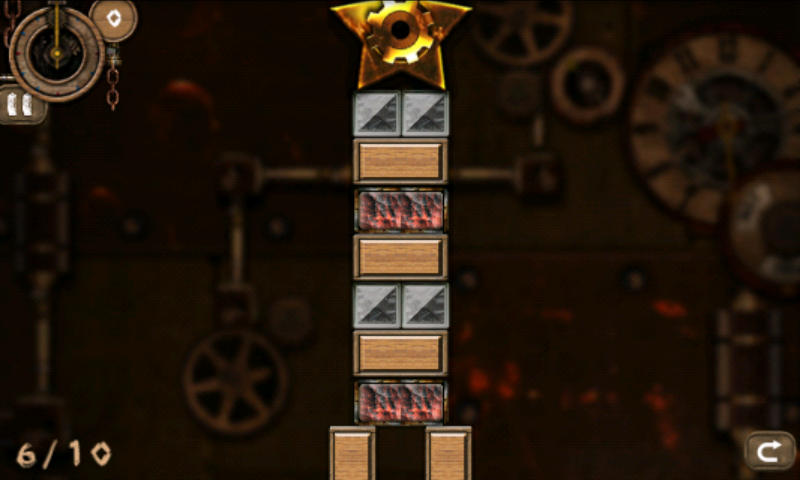 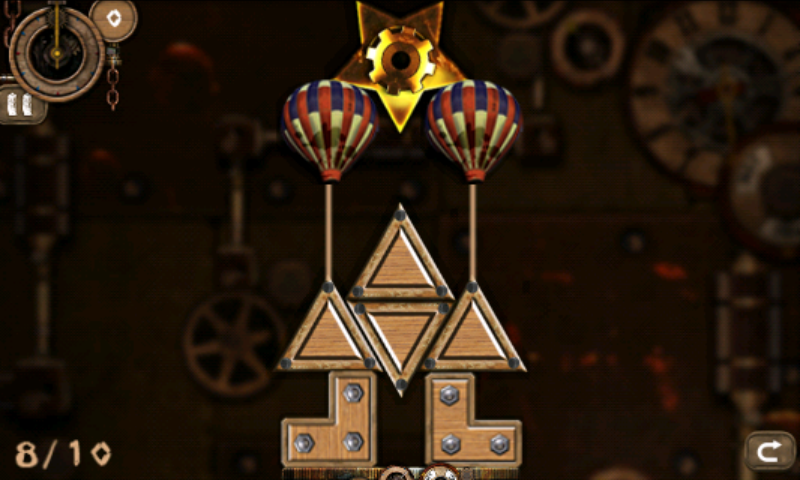 Overall this is a wonderful game by Camel Games, top quality and very polished. I would easily say this has to be one of their best titles to date and I’m pretty picky when it comes to physics games. If you are a fan of this genre of game, absolutely go out and get this. You can try the Lite version which is ad supported and has 10 levels for you to play. The full version will run you $2.99 and both are available now off the Android market.