[Update: Now Available for Devices with Android 4.1 and Up] Table Tennis Touch is Coming to Android Soon!

It is always good to see a variety of sports games within the Play Store. Generally speaking, there is something for everyone, depending on the sport that you like to watch or play. In exciting news, Droid Gamers has been informed, that we are not too far away from Yakuto releasing their highly-lauded game, Table Tennis Touch. The game was released earlier in May, on iOS. Since then, we have been keeping our ear to the ground, in anticipation of any news, that the game will indeed arrive to millions of Android users. Table Tennis fans, your wait is almost over.

[UPDATE #3: April 15th, 2015 – 12:46 PM – PST] If you were met with dismay when you heard that Table Tennis Touch was available for Android, but only if you had Lollipop installed, worry no more. Yakuto Games has crossed a major milestone, and now the game is available for anyone with Android 4.1 or higher. Here is an excerpt from the email we received from them. “Last week we received a very unexpected update from Unity – this was the bug fix we’d been waiting 4 months for. It was a huge relief for us and for a lot of other developers in the same situation. We’re just glad we never have to talk about this bug ever again! This update for ‘Table Tennis Touch’ is out right now on the Play Store.” – Yakuto Games. So, if you have been waiting to play Table Tennis Touch, hit the download button. If you have already purchased it, but like me, have one device on Lollipop and another still on KitKat, you can hit the download button too, and play it on both of your devices. Thanks for the update Yakuto! The link to download the game is at the end of this article.

[UPDATE #2: March 11th, 2015 – 10:30 PM-PST] Android Table Tennis Touch fans celebrate! Your, your wait is finally over. Yakuto Games has released Table Tennis Touch into the Google Play Store. It is available to download for $3.99, and there are no in-app purchases within the game. Please keep in mind, as we reported before, the game is available to download for those that have Android 5.0 Lollipop installed on their devices. Yakuto Games is still working towards releasing it for those on non-Lollipop devices. When the game becomes available for more users, we will let you know. The link to download the game is at the end of this article.

[UPDATE #1: March 3rd, 2015 – 9:30 AM-PST] Yakuto was kind enough to drop us a pretty detailed email to let us know that the eagerly anticipated Table Tennis Touch will arrive for Android devices soon. The release date is March 12th for the Google Play Store and the Amazon App Store. The caveat to all of this is that the game will be available only for devices that are currently running Lollipop. It seems there have been some problems with the Unity Engine. Yakuto has spent the last nine months trying to find a work around for the bug. For those of you who don’t have Lollipop yet, don’t fear. Yakuto is still working tirelessly to make it happen for non-Lollipop devices, so hang in there. If you want more detailed information, you can find it on Yakuto’s blog. http://www.yaku.to/blog/2015/03/03/Table-Tennis-Touch-Android-Release-Date/  I am excited about this game and look forward to playing it. We will let you know once the game arrives in the Play Store and the Amazon App Store. The game will be available to download for $3.99, and will have no in-app purchases, which is great to hear.

Yakuto’s studio is based in London. There are three team members. The founders are Jordan Kirk and James Gratton. These two gentlemen have created, what is certainly, one of the most visually remarkable and playable Table Tennis (Ping Pong) games for mobile devices. As far as content in the game goes, there will be quite a lot of gaming to experience. The variety in different game play elements, hearkens back to the days of games like Virtua Tennis. I say that with the utmost respect, because Virtua Tennis has been an extremely popular game. I do understand that the dynamic duo at Yakuto, are purists, when it comes to table tennis. All you have to do is take a look at their Twitter feed, and see how they follow the professional sport. Jordan Kirk, has played on the international stage himself. When you see videos of the game in action, and the level of detail that has been put into this game, you will see why Table Tennis Touch has been so highly revered by so many people. 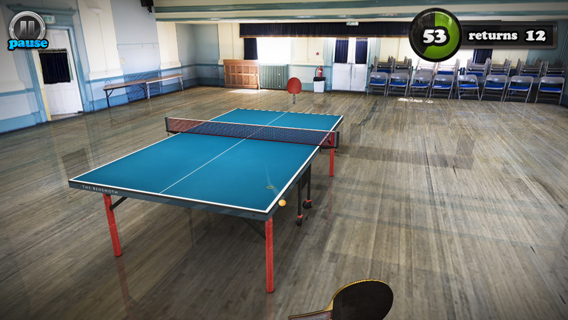 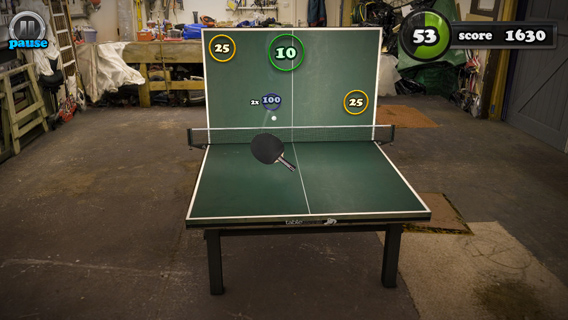 What makes Table Tennis Touch so impressive? It comes down to game play really, but Yakuto, highlights three things that they have focused on during the development of the game: Advanced AI, Unrivaled Dynamics and Stunning Visuals. Advanced AI is important when you are playing sports games, because if you are playing in career mode (Table Tennis Touch’s career mode is quite expansive), it is important, that the pacing is right. The game can’t be too easy, or players will get bored, or too hard, so players don’t give up. Players will have a hearty challenge while taking on the career mode, and the mini-games that are part of Table Tennis Touch.

Unrivaled dynamics involves skill-based game play. How good of a gamer are you? Anyone that has watched the professionals that play this sport, notice there are certain skills and other nuances that go into winning a match. In terms of game play on mobile devices, this translates into your ability as a player, to create drop shots, topspin, loops and smashes. Yakuto has chosen to enhance game play even more by adding the ability to use boost, to increase the speed of your shot, and the amount of spin that you are able to place on the ball. As a side note, Table Tennis was created in China in 1760. It became an Olympic Sport in 1988. It is definitely a game of skill, which yours will be challenged, while playing this game. 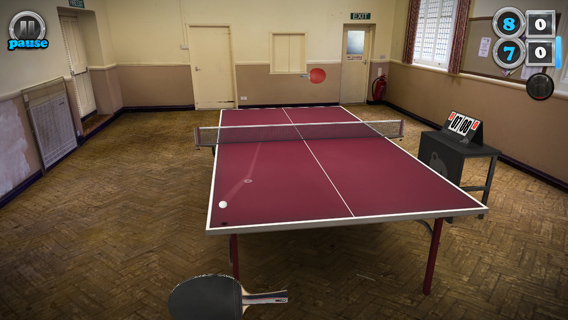 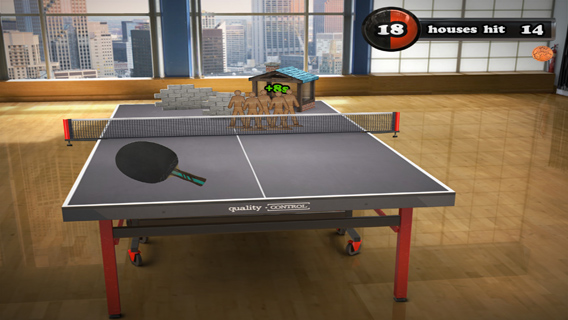 Then of course, you want the game to look good. Who doesn’t like looking at pretty graphics in a game. This is one of many areas where Table Tennis Touch will shine. It will have multiple arenas for you to play in, to keep things interesting. While the surroundings increase the level of realism in the game, it is important to note, that the physics of the ball, and its impact upon the table and bat (paddle/racket), are also critical to the success of this game. Based on previous reviews, Yakuto has nailed it in this area as well. 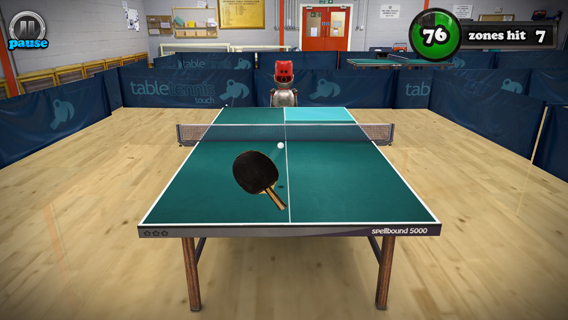 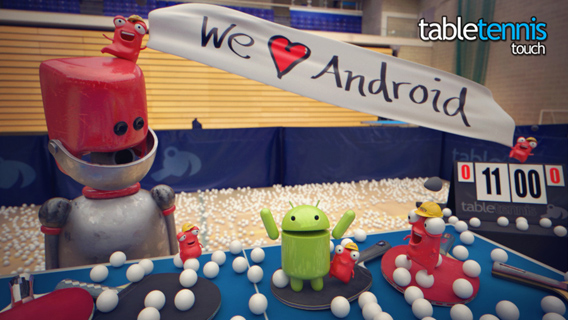 Yakuto is committed to bringing this title to Android, and we are excited about that. They have been extremely helpful in updating us about the title, and letting us know how things are going. The game should arrive before the end of the year, as long as the final testing goes well. Cloud Synching will be coming in a pretty quick update after the game is released. It will be $3.99 without any in-app purchases whatsoever. Multiplayer will be rolled out a little bit later to all platforms, and will include new mini-games with it. The team is so excited about the Android release, that they were kind enough to send us some exclusive images, that they have been creating just for the Android release. We will continue to keep you updated on this fascinating title, and once it hits the Play Store, we will definitely let you know.