Telltale Games will hold a special ‘Crowd Play’ event for Tales from the Borderlands Ep.4 at PAX Prime 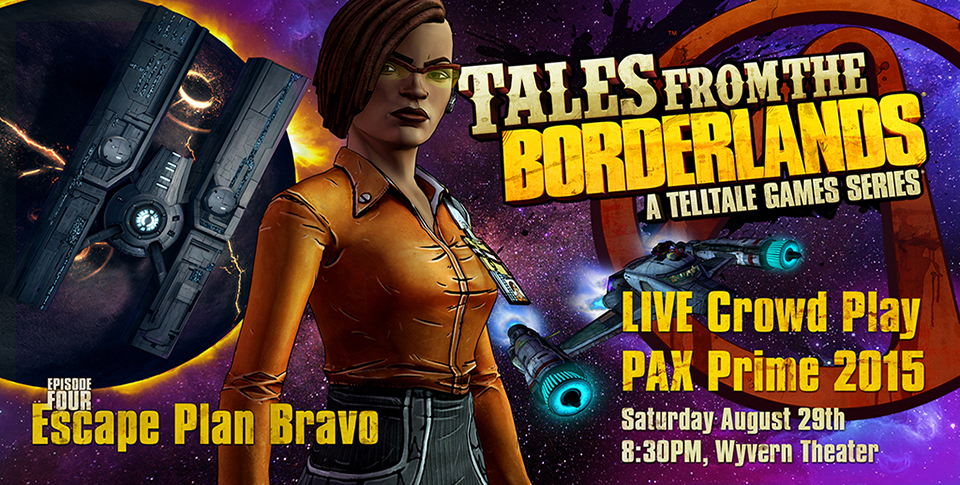 Telltale Games will have a ‘theatre-style’ set-up where fans of the franchise who are also attending PAX Prime will be able to sit down and play with the developers and cast through some of Episode 4. There will be room for 500 people to show up and help make decisions that they will be making in this ‘penultimate episode of the season’. In other words, you and everyone attending will help tell the cast and developers what to do.

Telltale Games also plays to do some giveaways during the Crowd Play event and apparently cosplay is also welcomed. Unfortunately Telltale Games hasn’t released any screenshots or videos for this new episode, but they are apparently coming in the near future. When they do arrive, we will post an update.

This event sounds like it will be pretty fun. If you are planning to go, let us know!