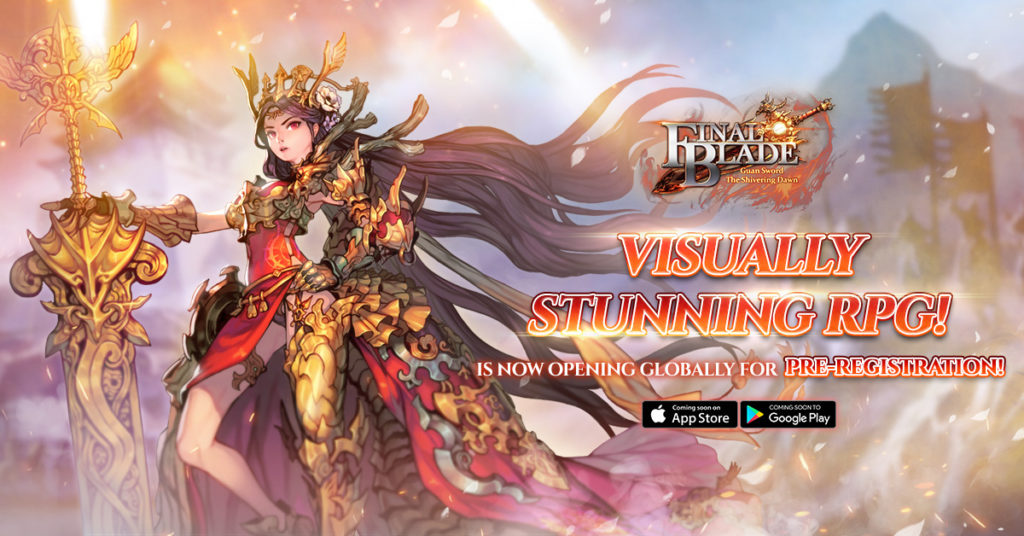 You might not have heard of Final Blade before, but it’s only a matter of time before you’ll have it downloaded on your phone.

This is one of the biggest RPGs in the world – particularly in South Korea and Taiwan – and for good reason. We’ll get into all of that soon though. All you need to know right now is that it’s launching globally soon.

So soon, in fact, that you can pre-register right now to grab it the moment it arrives in your favourite app store.

If you do choose to pre-register (and we strongly recommend doing that) you’ll earn a five star hero selector at launch. This lets you pick a powerful hero out of White Tiger Watch, Red Tiger Slayer, Yuki, or Yorn for free.

Of course, you’ll also bag a ton of in-game currency to give yourself a serious boost. And the rewards might even grow over time, as developer Skypeople plans to increase what they dish out depending on how many sign up.

If you haven’t heard of Final Blade yet, it’s a gacha RPG that takes place in a fictional oriental world. Two nations are battling it out over a powerful sword and you just so happen to be caught up in the middle of it.

So you’ll form a team out of a massive selection of heroes who will grow in power as the story unfolds. You’ll find new gear to equip them with, level them up, and, eventually, evolve them.

Take hold of the Final Blade

But there’s way more to do than just play through story mode. You could test your limits in the Endless Tower, facing an endless stream of increasingly powerful monsters, for example.

If PvP is more your thing, you can participate solo in the arena or with friends in Clan Wars. There’s even cooperative options thanks to boss raids and the like.

There’s a wealth of different options, and you’re bound to have fun no matter which you choose thanks to the awesome combat system. It rewards strategic players that unleash the right combination of skills at key moments.

That’s without mentioning the stunning artwork and flashy skills you can pull off. You might even mistake it for an anime TV show at first glance.

So go ahead and pre-register for Final Blade right now on the official site here. We recommend encouraging your friends to do the same, as you’ll get more rewards at launch.