We’ve already talked about one retro style beat-em-up game last week that will be making its way to Android soon. Now we get to take a quick look at another one that is slated for release next month called The Combo Crew. Developed by The Game Baker, this is another game that will take you back down memory lane to a time when these games were popular and there were plenty of them to play.

However the Combo Crew has one rather unique feature to it and that is there are no onscreen controls. No onscreen joystick or buttons to mash. The entire control scheme was designed with touch screens in mind so all your moves are based on taps and swipe gestures instead. So you will use a one-finger swipe to punch and kick, tap to counter attack, and two-finger swipe for special combo moves. 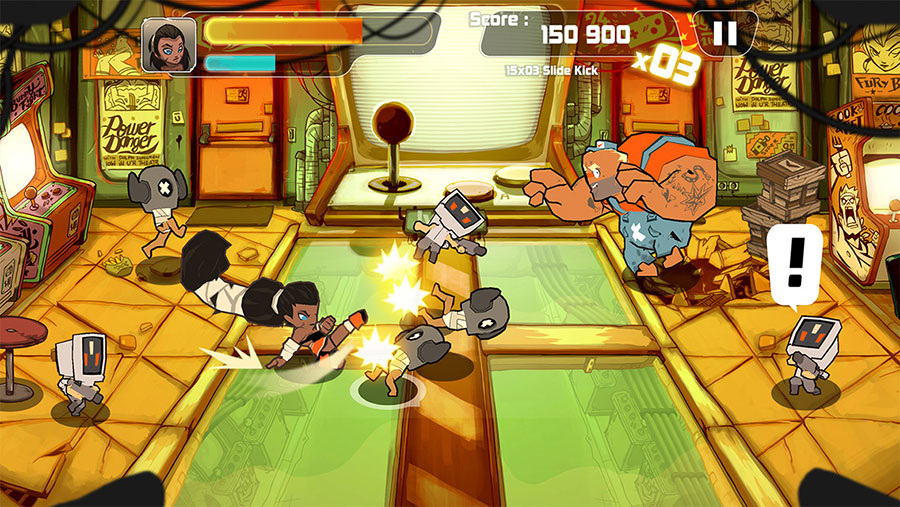 Like a true brawler from back in the day, these games are fun to play solo but the real fun is had when you’ve got a friend or two playing with you. The Combo Crew will be coming with Asynchronous co-op that will work with any Android device. In co-op mode you will be competing against your friends for high scores but you’ll also be able to rescue them should they get knocked out.

Along the way there will be plenty of power-ups for you to take advantage of in order to help you out should you get into a tight situation. If you have more than a few minutes to play, there is also an Endless Mode which you can play until you die.

As for when you will be able to get your hands on Combo Crew, right now there is just a general May 2013 release time frame. Until then you can check out the game in action by watching the official trailer above.