For those of you not familiar with this application, it is pretty much as the name suggests. You can watch a number of different Pokemon TV series that have all the episodes available, and you can also stay up-to-date with all the latest Pokemon related news. The new update brings easier navigation to the app, so it’ll be easier to move around in-app and find what you’re looking for or want to watch. There are some other great additions feature-wise as well including recently viewed videos and downloadable content. 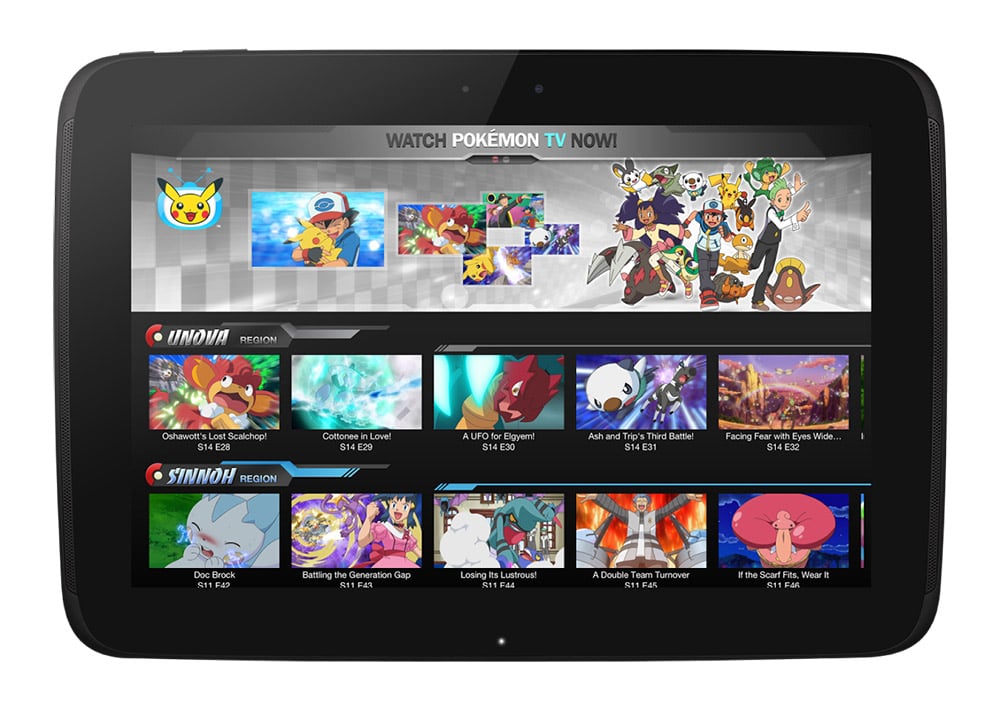 – My Channel: When fans start watching a video, it is automatically saved to their channel, making it easy to resume viewing at a later time. Recently completed videos will also stay in their channel.
– Downloadable Content: Fans without network access can still enjoy their favorite Pokémon content. With the updated app, viewers can mark one episode or movie for offline viewing at their convenience. The video will be stored on their device for one week before it is automatically removed.
– Rate Videos: With this fun feature, Pokémon fans can rate each video after they’ve finished watching it. Their score contributes to an average rating for the video.
– Push Notifications: Viewers can now find out when new movies and episodes have been added to the Pokémon TV app with convenient push notifications

Of course the biggest addition to the application is actually a bunch of new episodes becoming available to watch. The new episodes are for the Pokemon The Series: XYZ show which will be released starting now and lasting throughout all of 2016. So you should have something new to watch on a pretty regular basis. The update for Pokemon TV is now available for download off of Google Play and Amazon for Kindle devices.